Fatima Sana Shaikh made her presence felt when she starred as wrestler Geeta Phogat in Aamir Khan starrer Dangal which was a major breakthrough for her in films. After the success of the film, soon enough she bagged Yash Raj Films' huge gamble Thugs Of Hindostan starring Aamir Khan, Amitabh Bachchan and Katrina Kaif. But the film failed to create magic with its story. But, since Dangal and till date, there have been rumours surrounding Fatima and Aamir Khan. The link up rumours and blind items had become the talk of town as the two of them starred back to back in two films. 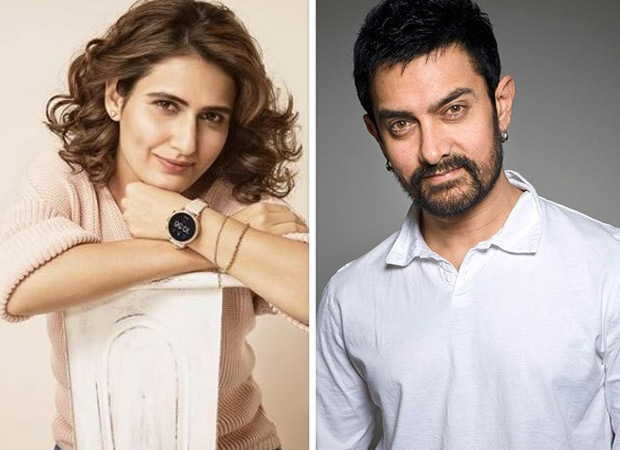 Speaking about the rumours, Fatima Sana Shaikh recently opened up to Bollywood Hungama. When asked how she deals with the constant link ups with her Dangal co-stars Aamir Khan and Aparshakti Khurrana, Fatima said, "It's very weird. My mother keeps on watching TV and the other day she showed me ‘Your photo has come’ and I was like ‘Read the headline to know what’s written.’ I used to get disturbed and I felt like I should explain myself. If someone accuses you of something, the first instinct is to come out and tell, 'Listen, why do you think it is like this?' If you are an aggressive person, you will attack. If you are a submissive person, even then you will talk about it. But, now, I do not feel the need to explain because I feel no matter what you do, people will talk about you. “Logo ka kaam hai bolna woh bolenge.” No point getting affected by it. People, who write these things, are the people who will meet me nicely. I know it's their job but I hope they sleep well (laughs).

Fatima Sana Shaikh further talked about how relationship is with the two star even after the speculation around her relationship. She said, “Aparshakti and AK are just too special to me. Why should I get affected by it?”

Fatima Sana Shaikh, on the work front, was last seen in Thugs Of Hindostan which released in November this year. She is yet to announce her next project.