It has been a month since media is abuzz with reports of the much talked about Sonam Kapoor – Anand Ahuja wedding. The high-profile wedding in the entertainment industry will also have Sangeet as one of its main functions. And it was said to be choreographed by Farah Khan. But the latter’s recent fracture fueled up reports that Khan may not be able to take dance lessons. However, now we hear that Farah has decided to extend support despite her condition. 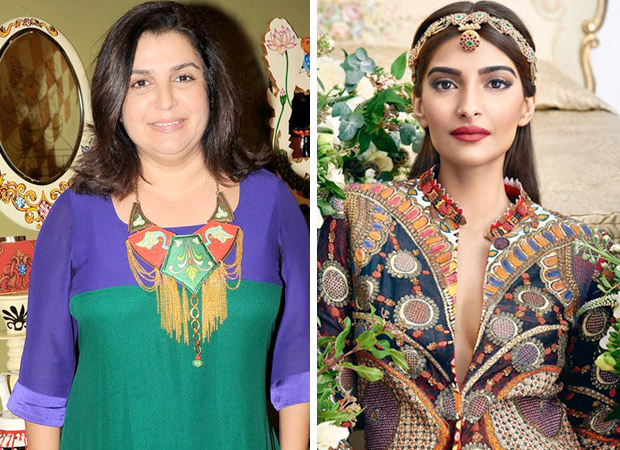 Just a day ago, Farah Khan gave everyone a glimpse of her condition on social media. Posting this picture of her fractured foot on Twitter, Farah posted a caption in a satirical tone saying, “And @RajkummarRao can u send me the crutches back? n the ankle brace too..” This was in reference to an incident about Rajkummar Rao too suffering an ankle injury whilst he was shooting for a show with Farah Khan. 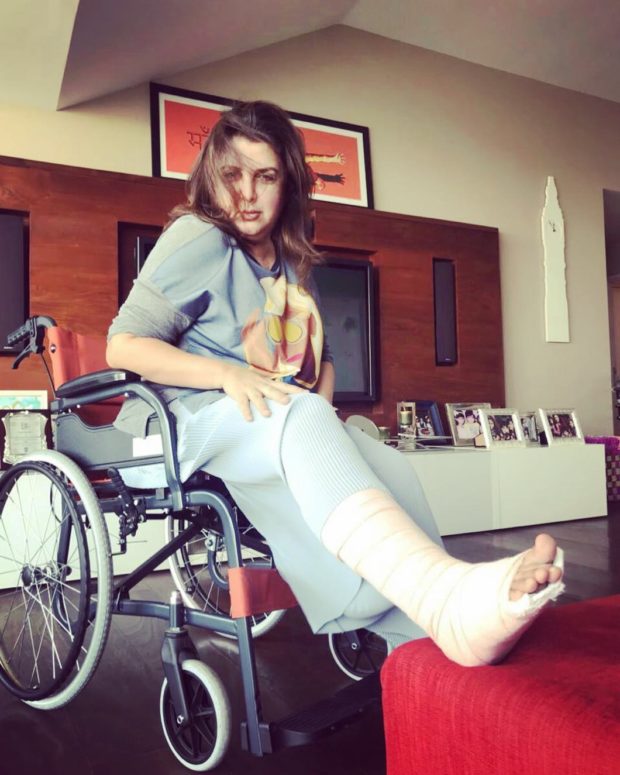 Farah Khan suffered this injury on Tuesday whilst she was shooting for the reality show Dance India Dance Li’l Masters. The choreographer turned filmmaker was walking towards the vanity van when the incident happened.  Followed by that, many believed that Farah Khan may be unable to resume her role as a choreographer when she tweeted the said picture of her fracture. But, now reports have it that she is equally enthusiastic about the Sonam Kapoor – Anand Ahuja wedding despite her condition. 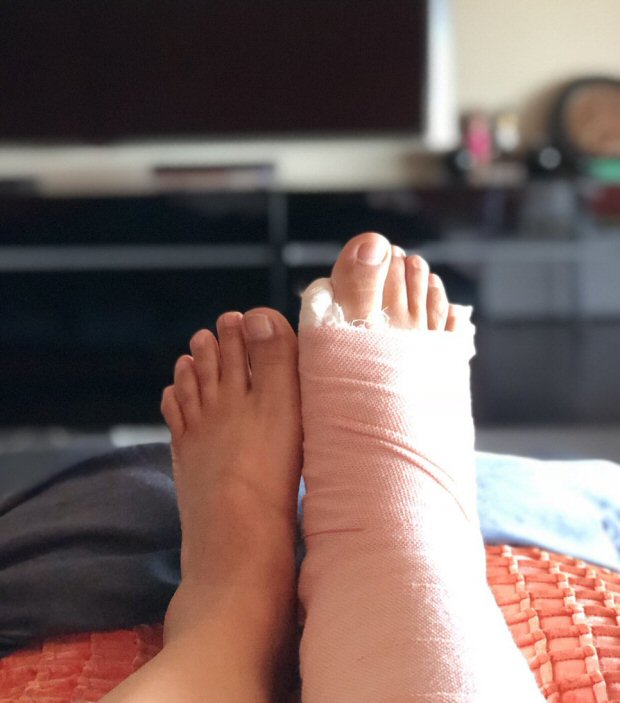 In fact, it is being said that the rehearsals had started long ago. Hence, the choreographer has reportedly maintained that she will be providing as much help as possible in her condition. Also, Farah is said to have got herself a colour coordinated chair for the wedding season.

As for the acts in the sangeet, it is being said that Anil Kapoor and Sunita Kapoor, parents of the bride Sonam Kapoor, have put up a special performance for the couple. Cousins and extended family too will be a part of the pre-wedding ceremonies. Performances during the sangeet will also feature some chartbusters from Sonam’s films like ‘Abhi Toh Party Shuru Hui Hai’, ‘Prem Ratan Dhan Payo’ and even Veere Di Wedding title track.