Bollywood icon Sridevi, who was a superstar in three different film industries, passed away in February 2018 at the age of 54. The actress' untimely death due to drowning left everyone in shock. As the Kapoor family is trying to cope up with their tragic loss, they will be receiving a special honour this week in New Delhi. Sridevi won the National Film Award for Best Actress for revenge drama Mom. Boney Kapoor will be receiving the honour on behalf of late Sridevi for Mom which was her 300th film. 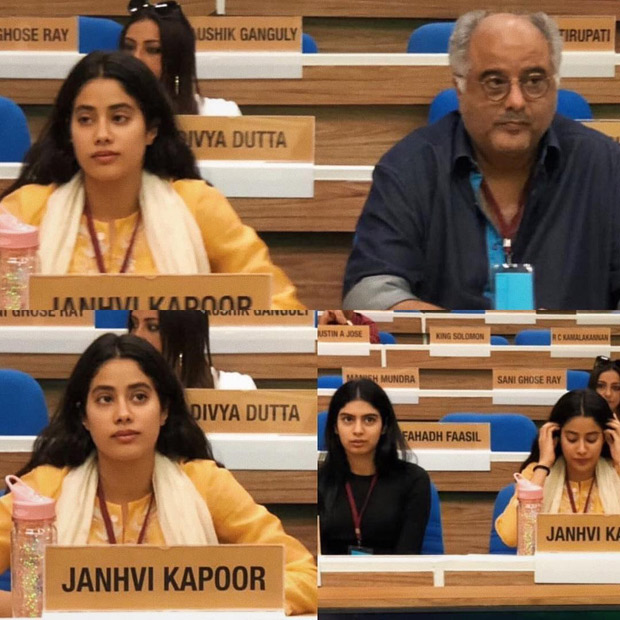 Janhvi Kapoor, Khushi Kapoor and Boney Kapoor will be making their first appearance together at a public event for Sridevi. A day before, on Wednesday, the trio were seen attending a mock rehearsal for the National Film Awards at the Vigyan Bhavan, New Delhi. It will be a very emotional moment for the family. The ceremony will take place on Thursday, May 4, as President Ram Nath Kovind will confer the awardees with their honours.

In an official statement recently, Boney Kapoor expressed his gratitude and thanked the jury for honouring his late wife. He said that though she is not with them; her legacy will live on. Boney had said in a statement, “Thank you. I just wish she was here today to see this. We are overjoyed to know that the jury has conferred the best actor award to Sridevi for her performance in Mom. It’s a very special moment for all of us. She was always a perfectionist and it showed in all the 300 plus films she did. She was not just a super actor but a super wife and a super mom. It’s time to celebrate her life and her achievements. She is not with us today but her legacy will always live on.”

As the legacy will continue, Sridevi's oldest daughter Janhvi Kapoor is taking her first step in the film industry with Dhadak. Karan Johar's Dharma Productions is launching her opposite Shahid Kapoor's brother Ishaan Khatter. The film is the Hindi remake of Marathi blockbuster Sairat. It is slated to release on July 20, 2018.

5 Sridevi Starrers that will make you smile…