Farhan Akhtar has been in the news for many reasons, be it his versatile acting, his jaw-dropping physique, his singing, or his relationship with Shibani Dandekar. Here’s another reason why he’s in the news today; the actor hosted an event with his girlfriend Shibani at the Lord’s Cricket Ground, London. The event was held to inaugurate the Indian Cricket Heroes Event. 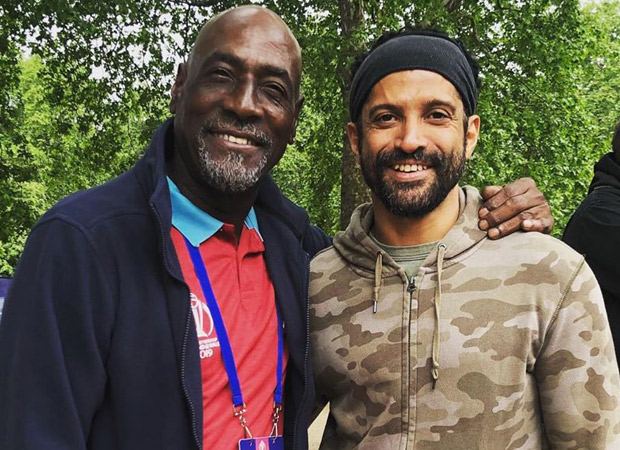 The couple was more than delighted to be given the opportunity to host the event. Since it was a cricket event, the veteran players and cricket legends were bound to attend! And if you’re a cricket fan, you’d know how big a deal it is to be posing right next to Sir Vivian Richards! Farhan Akhtar had one such fanboy moment when he got the chance to get clicked with him. He shared their picture on social media and expressed his excitement.

How exciting is it to see your favorite celeb go all fanboy over his idol! On the work front, Farhan has wrapped up the shoot for The Sky Is Pink starring opposite Priyanka Chopra Jonas and is now going under some serious physical training for his role as a boxer in Toofan.