Farhan Akhtar who is amidst the intense preparations for his upcoming next, Toofan is leaving no stone unturned to get into the skin of his character. The actor will be essaying the role of a boxer and this will be the second time when Farhan will be playing the role of a sportsperson. Since a few weeks, Farhan has been giving insights to his workout regime and recently, the actor shared another video of his from the workout captioning, "It’s impossible to do this and not have the ‘Rocky’ theme playing in your head. All these years later.. the music by Bill Conti just nails it. #ToofanInTheMaking #SlyStallone #boxerlife #cinemamagic #fitnessgoals #morecore #hardcore #abworkout #skillset ???? @drewnealpt ????????‍♀ @samir_jaura" 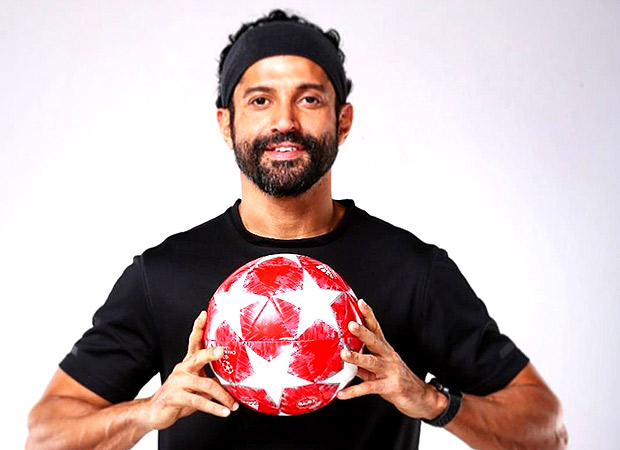 The video's background music is the theme song of the famous film 'Rocky' based on the boxer's life journey which clearly shows that Farhan is onto his best to prepare as a boxer. The actor who made everyone believe in ‘make every day count’ with his recent video, is on a trail of posting pictures from his keep-fit sessions. When the actor takes up something then he makes sure that he delivers the best with utmost perfection and a testimony of the same can be seen on Farhan's social media.

It’s impossible to do this and not have the ‘Rocky’ theme playing in your head. All these years later.. the music by Bill Conti just nails it. #ToofanInTheMaking #SlyStallone #boxerlife #cinemamagic #fitnessgoals #morecore #hardcore #abworkout #skillset ???? @drewnealpt ????????‍♀ @samir_jaura

Farhan is currently training under Drew Neal who is a former world kickboxing champion and Samir Jaura. The actor is doing his bit for the society to promote sports by his films giving an impactful message through them. Owing to the actors' popularity Farhan as he has been chosen as the Indian ambassador for the UEFA champions league. A widely celebrated, successful and influential celebrity in India, Farhan is an actor, screenwriter, director, and producer with countless movies to his credit. He has also flexed his musical muscles before – not just playing a part of the frontman of a rock band in the critically acclaimed film, Rock On!! (2008) – but he has also been keen on recording his own album for the longest time.

After 2013, six years later in 2019, the hit duo- Farhan Akhtar and Rakeysh Omprakash Mehra are all set to reunite to create magic on screen for a film based on boxing titled, Toofan, an Excel Entertainment production in association with ROMP Pictures. After acing the personification of Olympian sprinter Milkha Singh, Farhan is all set get into the shoes of a boxer in another sports-drama film titled, Toofan. As rightly, the multitalented and multifaceted, Farhan is gearing up for his upcoming movie, The Sky Is Pink where the actor will be sharing the screen with Priyanka Chopra after their previous work, Dil Dhadakne Do, which too created a buzz then!

Also Read: TOOFAN: Farhan Akhtar continues to train hard for his next role of a boxer