Actress Ananya Panday made her way to films with Student Of The Year 2 alongside Tiger Shroff and Tara Sutaria. The actress is the daughter of Chunkey Pandey. As she is making waves with her bubbly persona and social media presence, she recently spoke at length about her debut, upcoming ventures and her role model Karan Johar in an exclusive interview with Bollywood Hungama. 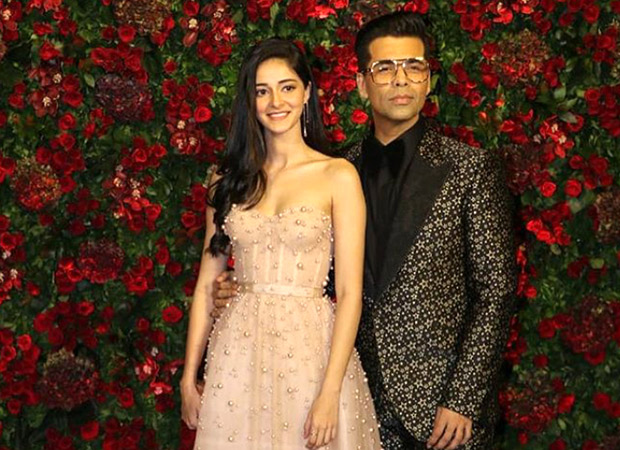 When asked about her inspiration, Ananya Panday said that she considers her mentor Karan Johar her role model. “I think Karan is super inspirational to me because I think he does everything, he just does everything. You know, sometimes, when someone is doing everything, they are not being able to pay attention to the things that they are doing. But, he is full focussed on every single thing that he does. So, I think it is amazing that he does these things and he does it so well. He gives everyone like so much attention and so much love. I just think that it is amazing what he does,” she said.

When asked about her take on Karan Johar constantly being criticized and trolled online, Ananya said, “I obviously feel bad because I think he is such an amazing person and he is trying his best. He is doing so many things.  He is so good at what he does. I don't think he has ever done anything wrong or hurt anyone. So, I feel bad when anyone gets treated unfairly when no fault of theirs, when people are trolling and hating for no reason. But, he is very strong and he has such amazing things happening in his life. And he is surrounded by such lovely and positive people in his life. So, he is fine.”

Ananya Panday, on the work front, will be starring in Pati Patni Aur Woh alongside Kartik Aaryan and Bhumi Pednekar.

ALSO READ: EXCLUSIVE: Ananya Panday goes down memory lane, reveals what it was to be like growing up around Shah Rukh Khan (Watch video)