Last Updated 07.07.2020 | 7:02 PM IST
feedback language
follow us on
Home » News » Bollywood Features News » Bollywood News EXCLUSIVE: “We were just being true to the story and trying to portray it in the most honest way possible,” says Anushka Sharma talking about Paatal Lok

The Amazon original web series Paatal Lok is being appreciated by all for its raw storytelling and brilliant execution. The nine-part series has been produced by actress Anushka Sharma and her brother Karnesh under their production company Clean Slate Films. In an exclusive conversation with Bollywood Hungama, Anushka Sharma spoke in detail about the success of the show and how it will shape her future endeavours. 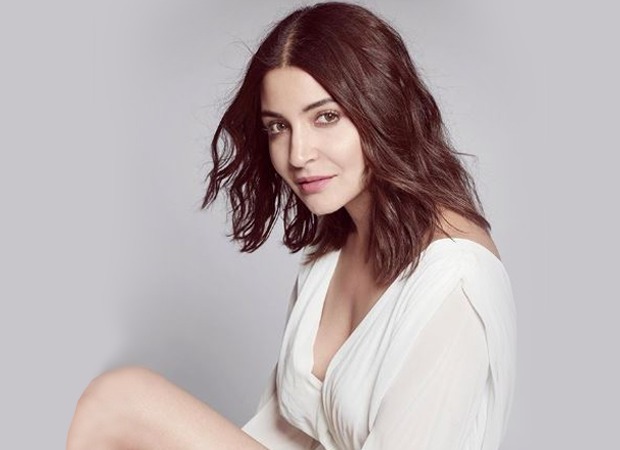 Your first production for the big screen was NH 10 which had a bold narrative and also threw light on honour killing. Now, with your digital debut as a producer, you took the leap with various issues that are currently plaguing the nation? Is it by design that both dealt with issues of contemporary India?

Both NH10 and Paatal Lok are essentially human stories and we, as a company, want to constantly explore them. NH10 was about a woman’s strength and how she overcomes all her weakness to stand up for herself in this world which she hasn’t been in before and Paatal Lok is where Hathiram learns to have more self-respect for himself. The point of telling these stories was because of the central characters and the journey that they go through and it should be seen in this light. Hathiram’s journey takes him through a world in which people constantly want to oppress in order to uphold their thoughts, ideologies, social status and sense of relevance in the world and all of these things that they are holding at such a high value is actually so lucid and it can change depending on what their need of the moment is – it is so fluid.

What was your first reaction after reading the script?

Sudip’s vision and writing has always intrigued me, I truly believe that he is a writer who can write the most complicated things in the simplest, economical and entertaining fashion, that is his greatest strength as a writer. The most intriguing part for me was that it was touching on so many aspects of the society where human beings fail to be themselves and they become perpetrators. It was the human story, more than anything else, that appealed to me the most. It touches upon the most complex thing about the society in the most nonchalant way.

Were you sure from the beginning that this will become an overnight sensation? After watching the final edit, did you feel you had something special on hand?

We felt from the beginning that we have something special and we have made a good show which we were very proud of. The extent at which it has been appreciated is obviously unprecedented. It has been very overwhelming and as we never thought of these accolades when we were working on the show. We were just being true to the story and trying to portray it in the most honest way possible. As producers, Karnesh and I are very happy that every single department’s work has been appreciated. We just made sure that we enable the team in every possible way to help them tell the story as they want to.

When can we expect season 2?

You will have to wait and watch.

When it comes to content, OTT evidently provides more liberty than the big screen. As a producer, do you see OTT taking over the theatre experience in the future?

The series format actually allows you to express yourself freely, as some stories require to be fleshed out. The story can be detailed and aspects of it can be added to grab the attention of the viewers which is the reason a show connects with them. This can only happen as more than 9-10 hours of content can be shown on the OTT platform. Then there are stories which need to be told through the theatrical experience. We can clearly say that they are two different platforms now in India. Producers can take advantage of this fact and one can choose and decide which story can be told where. Hence, I believe that both the platforms will manage to co-exist.

Your production house has mainly produced mostly dark and edgy content. Is this the style of content your company will focus on?

I am always drawn towards good stories and to present them most truthfully. The most amazing thing as a creative individual is to produce shows and films which are different, progressive and slightly away from the traditional way of storytelling. I am surely not drawn towards dark and edgy content only, and Phillauri is a testament for the same. It was a story about a friendly ghost, Shashi and it was a happy film. We have always gone behind unique, interesting ideas and never really bothered about the treatment of the film; the treatment is always to stay true to the idea. So sometimes it will be dark and edgy like NH10 and other times it'll be like Phillauri.

What have been your learnings as a producer? What kind of entrepreneurial journey are you looking at?

Anushka Sharma: We are a comparatively new production company. We have always believed and constantly produced films and shows which made us feel – content is everything. This vision has been key for us since our first film NH10. Karnesh and I have learnt from our mistakes and tried to improve ourselves in what we did well. It has been a satisfying journey as we have stuck to our core thought of exploring clutter-breaking, fresh stories. We are committed to continue on this path and entertain audiences thoroughly.

Karnesh (Anushka Sharma’s brother and production partner): I think more than learning we have strengthened our belief in the kind of stories we want to tell and we want to put out there with the appreciation and success we had for all our films and now Paatal Lok. I think it is very important to find your space and not be swayed or bothered by the form of storytelling which some other people might want to engage in or the so-called popular form of storytelling. We would like to engage all kinds of mediums of telling a story whether it is cinema or OTT. I think the endeavour is to tell stories and make films, make content which will be specific to various forms of cinema and stories and excel at it.

As a female producer who has taken the risk to dish out edgy content to give India a show that’s become a nationwide talking point, your thoughts on the same.

When we were making the show we weren’t thinking of it to be the best show we were just trying to tell a story and we just wanted to stay true to the story. Today when the show is getting appreciated on these lines it makes us feel very happy that it is being called the best show that India has ever produced. Karnesh and I, right from the beginning were always inspired by the work that was happening throughout the world and I think OTT platforms allow you to kind of sample the content that is being created world over in Ireland, Turkey, America, Israel, United Kingdom etc. It enables you to see the content creators all over the world and the work that they do and we would obviously get very inspired by that and always desire to create that kind of content which can inspire people and which we felt very inspired through. Today when we get calls from so many of our colleagues filmmakers that they felt inspired after watching Paatal Lok, it makes us feel that we have done something which was truly inspiring. It is because of the team who worked on the project – it is because of the writing, the actors, the technicians who worked on it, everybody coming together and being on the same page; that is the reason the show is being called what it is being called. As a producer that’s what makes me feel the happiest that every aspect of the show that you have backed has got its appreciation. So it is not the victory of just one thing; it's everyone’s victory together.

While under lockdown, how are you keeping yourself positive?

Keeping oneself positive is very important during this lockdown. One should be grateful for what he/she has during these times as there are many who are in very difficult situations in the world. It's important to know that every job they do is vital and everyone’s job is co-related to each other.

Hina Khan flaunts her toned back, leaves her…

"We are in it together and I must also be…