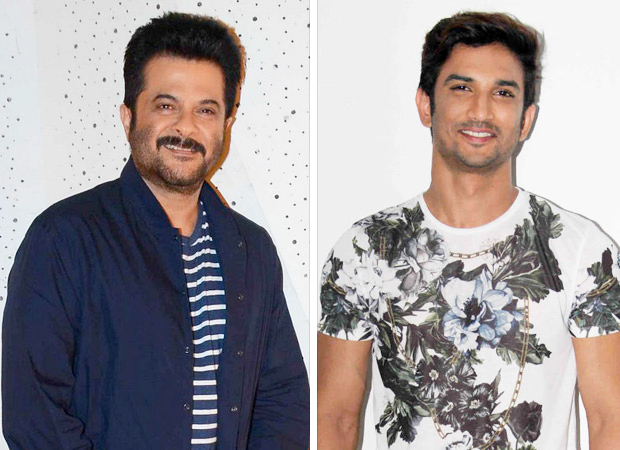 There are filmmaking houses that ideate around projects. Then there are some which announce projects. And then there are some which go ahead, wrap up quite a few films in a jiffy, and then bring more on floors as well without much ado. This is what KriArj Entertainment is currently doing, what with a couple of films going on floors in quick succession. While shooting of Fanney Khan has started on Sunday, Kedarnath kick-started on Monday.

As is the known fact, Fanney Khan stars Anil Kapoor and Aishwarya Rai Bachchan in the lead with Rajkummar Rao in a pivotal role. A musical comedy, Fanney Khan is being directed by Atul Manjrekar and has Rakeysh Omprakash Mehra, KriArj Entertainment and T-Series coming together as producers. Though not much has been revealed around the film so far, Fanney Khan is said to be a heart-warming affair in the making.

Another major film for KriArj is Kedarnath which has Sushant Singh Rajput spearheading the cast with Sara Ali Khan, daughter of Saif Ali Khan, making her debut in a feature film. Kedarnath is important for all involved since director Abhishek Kapoor is reuniting with Sushant Singh Rajput after Kai Po Che. Moreover, all eyes are on how Sara turns out to be in front of the camera since amongst many different opportunities that she had in the pipeline, Kedarnath is the chosen one for her.

For Prernaa Arora of KriArj, it is turning out to be roller coaster ride no less since she is fresh from the success of Toilet - Ek Prem Katha. While she chose to back a concept based film like this which could well have been tagged niche and offbeat, it was her conviction in the subject matter and its commercial reach that has allowed her to reap benefits. Moreover, the film was completed in a record time and released too within a year of KriArj's debut production, Rustom, which was a very good success as well.

What makes this all the more interesting is the journey that KriArj has taken between the arrival of Rustom and Toilet - Ek Prem Katha to kick-start of Fanney Khan and Kedarnath. After all, the P factor has turned out to be some sort of coincidence for Prernaa, what with Akshay Kumar's PadMan, Anushka Sharma's Pari and John Abraham's Parmanu - The Story of Pokhran been wrapped up in the interim period.

"It all boils down to the coming together of right subjects, correct cast, efficient team, hard work and of course good luck," says Prernaa, "Rustom was the starting point for us and fortunately we have been able to build the kind of goodwill which has allowed us to put together six films after that. 2017 has already been a very engaged year for us and now 2018 should be pretty exciting too. We can't wait to see audience reactions on all of these films."

She also has a special note to add for the leading man of three of her films, Akshay Kumar (Rustom, Toilet - Ek Prem Katha, PadMan). "All credit to Akshay Kumar sir for this. He has guided us all through. Each of the films that we are doing today is dedicated to him because he has taught us the value of content and made us bring the right stories on screen," says Prernaa before signing off.