The upcoming Salman Khan starrer action-comedy is yet to have an official announcement but the title tattle has already surrounded the film. With so many speculations and rumors encircling Kabhi Eid Kabhi Diwali, the netizens have been under several false and true notions about the development of the film. The several presumptions around the ensemble of star cast have most certainly excited the cinephiles. 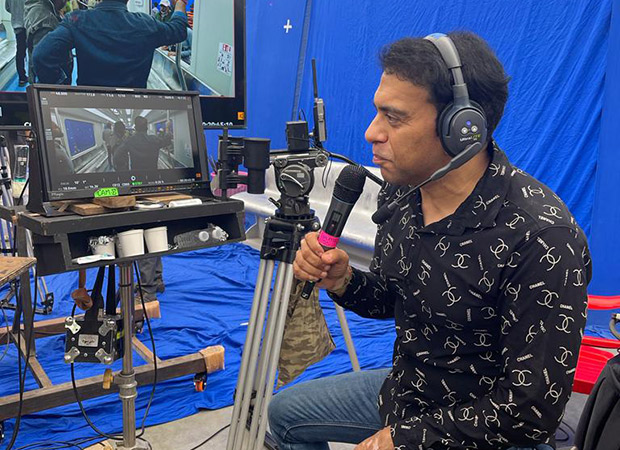 Out of several rumors about the film, some of them are true while most of them don't add value to the verismo of the film and the star crew. The latest one puts Farhad Samji in the spotlight, saying the film's director and the makers were not on the same page. This particular rumor is hearsay and doesn't hold much weight since the beginning. Certain media houses were recounting creative differences as one of the reasons, and claiming that Salman Khan will ghost-direct the film. However, a leaked image from the film puts a stop to the blazing fire of detested rumors.

In the picture, Samji can be seen present on the film's set, Directing, overlooking, and managing the process. The shoot for the film reportedly started recently. According to the sources, the makers will soon announce the star cast of the film along with the name of the film.

Starring Salman Khan in the lead, Farhad Samji’s untitled next is said to have popular names in the star cast. Along with that, the film is one of the highly anticipated movie today.