Ranbir Kapoor and Sanjay Dutt will be starring in Yash Raj Films' Shamshera which is releasing in July 2022. Though this marks their first time to be seen on the big screen together, Kapoor was previously seen in Dutt's biopic. On Monday morning, the two actors were seen together. 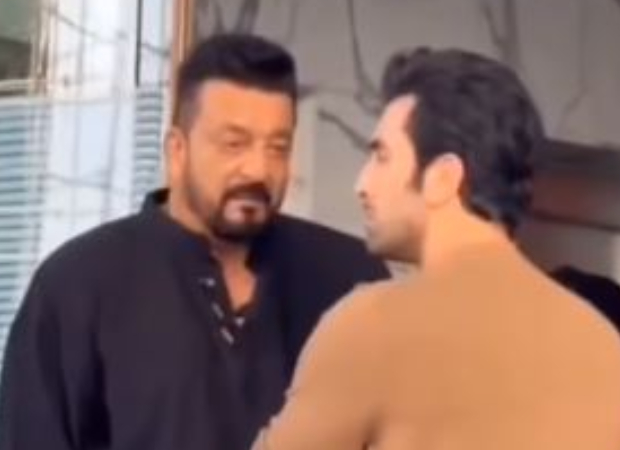 Shamshera stars Ranbir Kapoor and Sanjay Dutt reunite in new video; fans get excited to see them on screen together

As per reports, both Kapoor and Dutt were seen in conversation outside their vanity vans. The veteran star was in a loose black shirt and brown cargo pants whereas Ranbir Kapoor was sporting blue denims and a tan brown sweatshirt.

Shamshera is a high-octane entertainer that is set in the heartland of India. It has the big promise of a never seen before Ranbir! The film also stars Sanjay as Ranbir’s arch-enemy and this is definitely a huge casting coup. Sanjay will play the ruthless, merciless villain and his showdown with Ranbir will be something to watch out for as they will ferociously go against each other! Vaani also stars in the film.