Bollywood actor Kartik Aaryan has a lot on his plate. With his most recent film, Anees Bazmee directorial Bhool Bhulaiyaa 2 set to hit theaters in March, the actor has revealed that he has the best on-screen chemistry with Tabu. 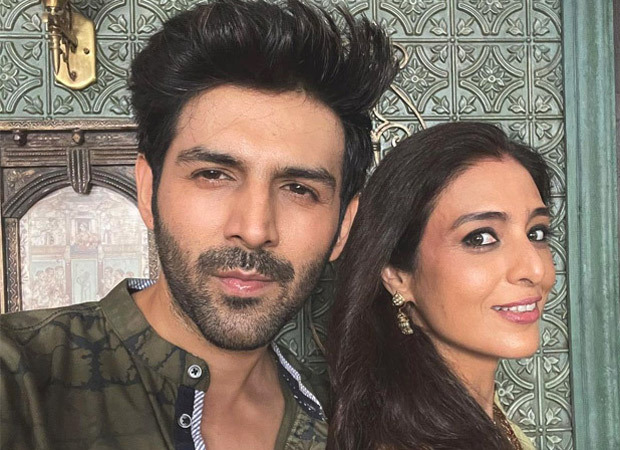 In a recent exclusive interview with Bollywood Hungama, when asked about out of all the actresses he has worked with so far, with whom he thinks he shares the best on-screen chemistry, to which Kartik replied, “Tabu,” with a smile.

Kartik also answered questions about Shah Rukh Khan, Kriti Sanon, Kiara Advani, his fangirls etc,. . He also revealed a fascinating story about his first selfie with SRK. The actor also answered what can make any boy fall in love with his Lukka Chhupi co-star Kriti Sanon.

On the work front, Anees Bazmee's horror comedy Bhool Bhulaiyaa 2 co-stars Kiara Advani and Tabu alongside Kartik. The film is scheduled to arrive in theaters on March 25, 2022.

He is also set to be seen in Rohit Dhawan's official adaptation of the 2020 Telugu blockbuster Ala Vaikunthapurramuloo titled Shehzada and Shashanka Ghosh's romantic thriller Freddy. Kartik Aaryan is also committed to star in Om Raut's yet-untitled 3D action film set in Hong Kong and will work under producer Sajid Nadiadwala for the first time in Marathi director Sameer Vidhwan's epic musical love saga Satyanarayan Ki Katha. He will also be teaming up with Screwvala for two more films, Vasan Bala's yet-untitled superhero film based on Phantom and Hansal Mehta's social drama, Captain India that will see him portraying an airforce officer.