For the first time, Alaya F will be seen alongside Bhool Bhulaiyya 2 actor Kartik Aaryan in the unconventional thriller Freddy, which has opted for an OTT release. The film hits the tube this week and before that, the two actors went on an extensive promotional spree and also had an exclusive chat with Bollywood Hungama. In the candid conversation, amidst discussing their films, personal life, and their chemistry and bond with each other, it also moved to love, romance, and relationships, which is also an integral part of their film. 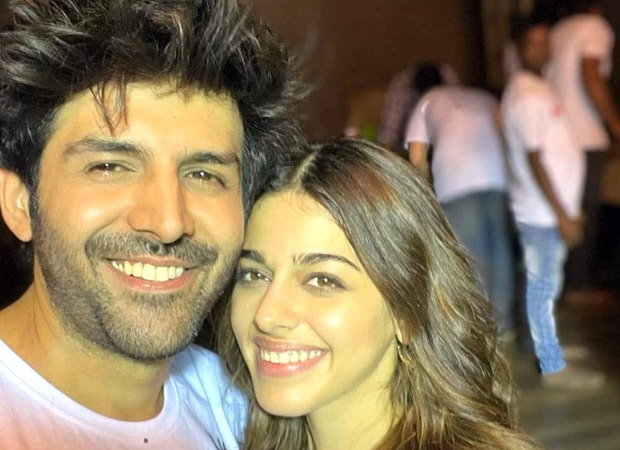 EXCLUSIVE: Alaya F has one advice for girls who want to date her Freddy co-star Kartik Aaryan

Discussing her love for Yoga, Alaya F also gave everyone a sneak peek into her life and during the Rapid Fire, also had some interesting anecdotes to share about her Freddy co-star Kartik Aaryan. When she was asked what advice would she give one of her friends, who wishes to date the actor. Alaya responded, “Make sure you learn how to wait in lines.” Her response everyone around surprised. The actress seems to be hinting at the long line of female fan following the actor has.

After making her debut with Jawani Jaaneman alongside Saif Ali Khan, who plays his father, and Tabu, who plays his mother, the actress, the actress has now featured in Freddy as a married woman, who is a victim of domestic violence. On the other hand, Kartik Aaryan will be seen as a socially awkward dentist Freddy in the film. After falling in love with Kainaaz aka Alaya F, Freddy conspires to save her from the clutches of her abusive husband and crosses all limits until he realizes that there is something much bigger in play.

Freddy did not opt for a theatrical release and it premiered on Disney+Hotstar on December 2. The film has been garnering positive reviews ever since it hit the tube.

Also Read: EXCLUSIVE: Freddy actress Alaya F reveals the one rumour that really pissed her off