Ahan Shetty, son of actor Suniel Shetty, has made his debut as an actor in the Hindi film industry with the film Tadap which was released in theatres earlier today. The film which also stars Tara Sutaria is the remake of the Telugu blockbuster film RX 100. Directed by Milan Luthria and produced by Sajid Nadiadwala, the film has opened to mixed responses. 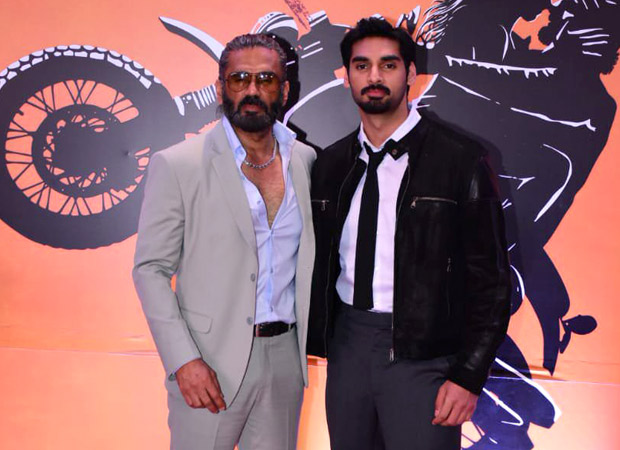 When the trailer of Tadap was released, audiences drew parallels in Ahan and his father Suniel Shetty’s mannerisms on screen. However, Ahan said that as a kid he had never watched his father’s films. “As a kid, I never watched my dad’s films. I just found it very awkward to watch my dad on screen because if I watch him on screen and then at home and I see two very different people. So I didn't feel comfortable watching him perform on screen,” Ahan said, talking to Bollywood Hungama.

“In terms of an actor, he didn’t give me too much advice. He would always let me make mistakes and learn from them. Obviously, he tells me about certain angles, otherwise, he is open to me making my own mistakes and me learning from them,” he added.

Meanwhile, Ahan’s elder sister Athiya Shetty made her acting debut in 2015 with the film Hero. Speaking about his equation with her, he said, “She has always been an important person in my life who has always supported me. She, too, lets me make my own mistakes and helps me understand things. But she's been incredible and the relationship I share with her is very very good.”

As for Tadap, Ahan Shetty plays the role of an obsessive lover who turns vindictive when abandoned. His chemistry with Tara Sutaria in the film is being much appreciated.