Last Updated 16.05.2022 | 6:10 PM IST
feedback language
follow us on
Bollywood Hungama » News » Bollywood Features News » “Escaype Live is that it’s one of the best scripts that I have read”, says Shweta Tripathi Sharma

Shweta Tripathi Sharma who will soon be seen in the role of Sunaina in Disney+ Hotstar’s upcoming social thriller ‘Escaype Live’ loved the entire narrative of the series. She further talks about the different elements that she liked about the script. Shweta shared, “You know the thing about Escaype Live is that it's one of the best scripts that I have read in terms of story, in terms of material because it's so relevant in today's time and you take any other show which is happening nobody has spoken about this, like an app which can literally change people's dreams, people’s lives, people's aspirations, and how things can go right or wrong. And at the end of the day, you need to know what that balance is because people will say something or the other and demand from you, but that control is in your head and also that power social media gives you that should not go to your head.” 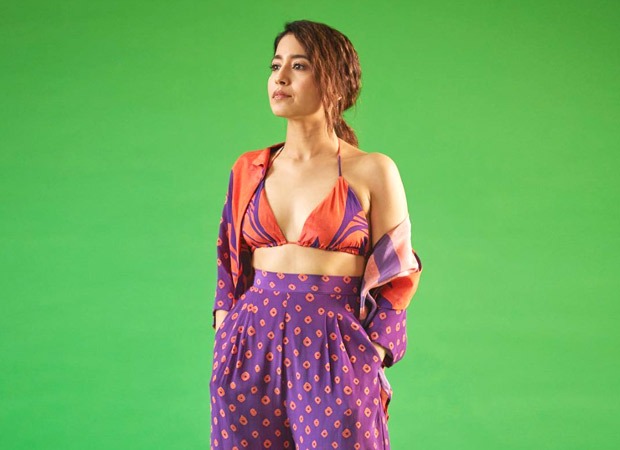 “Escaype Live is that it’s one of the best scripts that I have read”, says Shweta Tripathi Sharma

She further added, “So, I think what's another saying with this entire story? It's brilliant. There's this girl who wants to grow fast, there's this guy who wants to show his talent, there's a girl who wants to colour her hair, and there are people who are popular and famous and who always feel that your popularity is threatened by other people. That is fetish girl, who lives a duo life, on-screen and off-screen and all different stories. I've seen a few episodes and you will keep thinking what will happen now, etc., so I think the audience is going to absolutely love Escaype Live.”

Escaype Live is a fictional story, penned by Jaya Mishra and Siddharth Kumar Tewary that is likely to seem very true and real. The story features a bunch of content creators, with different paths but one goal - to produce viral content to emerge victorious in a life-changing competition announced by the hottest new app in the country called Escaype Live.  Produced under Siddharth Kumar Tewary's One Life Studios, the nine-episodic series heavily emphasises the human tendency to be competitive and their drive to succeed. The supremely talented cast, include Siddharth, Jaaved Jaaferi, Swastika Mukherjee, Plabita Borthakur, Waluscha D'Souza, Ritvik Sahore, Sumedh Mudgalkar, Geetika Vidya Ohlyan, Jagjeet Sandhu, Rohit Chandel and child actor Aadyaa Sharma amongst others.

The essence of the series explores the lengths content creators and tech giants are willing to travel to achieve their aspirations. Set across different cities of India, the series leveraged different dialogue writers for each city to add regional authenticity. Dance Rani’ story based in Jaisalmer saw her dialogues being penned by Vinod Sharma while Amcha’s lines were penned by Amol Surve. Similarly, Banaras-based characters of Meenakumari and Sunaina’s dialogues were written by Ranveer Pratap Singh while Darkie and Festish Girl’s dialogues were penned by Jaya Mishra and Siddharth Kumar Tewary.