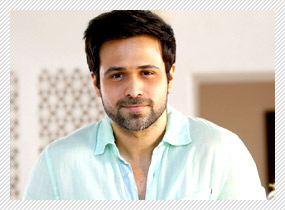 After a brief hiatus, Emraan Hashmi would be back to doing what he does best i.e. get intimate with his leading ladies on screen. Promos of

Raaz 3 are out and there are enough indications of Emraan heating up the screen with both Bipasha Basu and Esha Gupta.

"Shanghai didn't have any scope for him and Kalki to get passionate as there was hardly any love story between them. On the other hand, even though Jannat

2 had a love story being integral to the plot, the chemistry between him and Esha couldn't be developed. Now with Raaz 3 featuring the duo again, the script

has been worked around in such a way that diehard fans of Emraan won't complain. There is quite some eye candy in store for them", says a source attached to the film.

Though Emraan has followed a no-kissing policy for quite some time now and is only occasionally seen breaking the self imposed shackles, it is expected that in Raaz

3 he would go all out again.

"When you have Bipasha Basu in the film, you have to cater to adult audience as well", adds an insider, "That has been taken care in the film and Bhatts managed to

convince the actors that they have to cater to the gallery here."

A sneak peak into the trio getting into action would be out on screen soon. However there continues to be suspense around whether Emraan's encounters with his leading

ladies would be in separate settings or would it form a part of a single episode. Reason being that sometime back there were talks around the trio indulging in an

"Yes, I am romantically involved with both Bipasha and Esha in the film. There are love making scenes as well but there is nothing kinky about them. Beyond that I don't

Well Emraan, in that case it does leave a room open for imagination.