Back in November 2020, it was reported that Hollywood actresses Emma Thompson, Lily James, Shazad Latif will be starring in an upcoming rom-com tentatively titled What’s Love Got To Do With It? which will be helmed by Shekhar Kapur. Veteran actress Shabana Azmi also stars in the film. 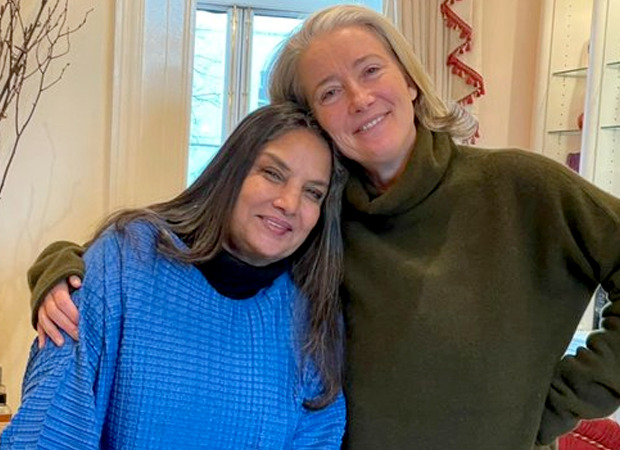 Shabana Azmi has now announced that Emma Thompson has wrapped up the project. Sharing a picture with her, she wrote, "Its a wrap for #Emma Thompson. What a warm, generous costar she has been. I will cherish the wonderful times we spent together."

Its a wrap for #Emma Thompson. What a warm, generous costar she has been. I will cherish the wonderful times we spent together???????? pic.twitter.com/4TTAHlV2yZ

According to Deadline, the film is a "cross-cultural rom-com is about love and marriage and is set between London and South Asia."

It has been written and produced by Jemima Khan under her banner Instinct Productions banner. Nicky Kentish Barnes along with Eric Fellner and Tim Bevan is also producing the film.

This is Shekhar Kapur's first feature since his 2007 film Elizabeth: The Golden Age, starring Cate Blanchett.