Disha Patani has been piquing the interests of the audiences about her role in the upcoming Salman Khan starrer Bharat ever since the announcement. As she is playing a trapeze artist in the film, the actress has been rehearsing a lot for the intense circus sequences. She has been training under a lot of professional circus experts for her role. Now, she has revealed an interesting detail about her character. 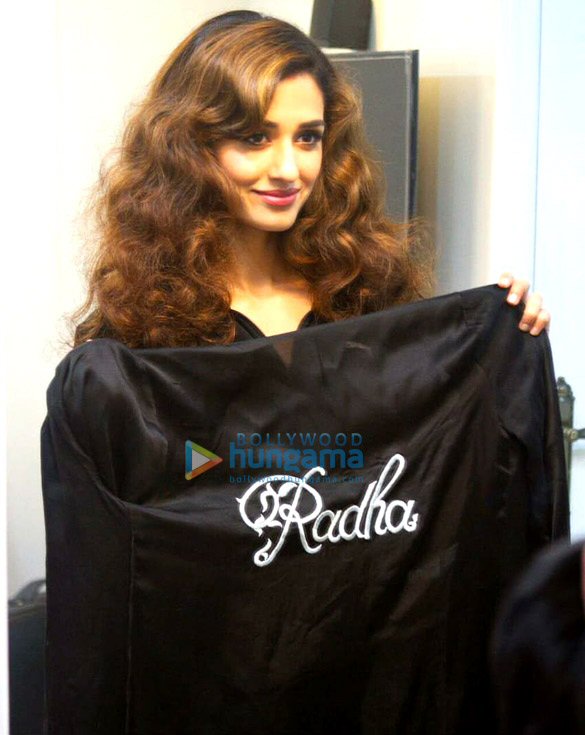 Disha Patani revealed her look and character name from Bharat on July 28. She shared a photograph in which she is sporting a new hairdo with brown soft curls and captivating smile. She is holding a cape sort of cloth in which her character name is printed. The actress will be called Radha in the film. The actress, who plays a trapeze artist in the movie, has been taking formal training to play her part correct. Disha Patani will be performing pyrotechnics for the Salman Khan starrer.

Disha, who is just a couple of films old in Bollywood, had earlier shared the excitement by saying, “I’m excited to be a part of Bharat, it’s like a dream come true to get an opportunity to work with Salman sir and I can’t wait for the journey to begin. I am a big fan of Ali Abbas sir’s work”.

After the back to back success of M.S. Dhoni – The Untold Story and Baaghi 2, Disha Patani will be next seen in the upcoming film Bharat along with superstar Salman Khan and Tabu. Priyanka Chopra, who was starring as the leading actress, has left the project. As of now, many actresses' names have popped up to replace Priyanka in the film.

Also Read: Pics Out: After Salman Khan, Disha Patani posts pics from the sets of Bharat