Post-Covid some top,-notchers who had gone into the introspective mode evaluating their careers   before signing anything in the future, have set their hearts on returning to doing what they love the most. 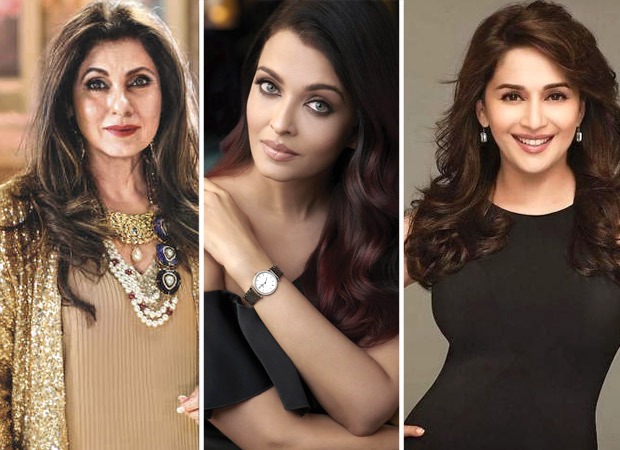 1. Dimple Kapadia:
She has always been erratic in her career decisions. But now after tasting international success in Tenet, Dimple is on a massive comeback trail. Dimple was also seen in a small but significant role in Irrfan Khan’s farewell film Angrezi Medium. She will soon be reunited with Saif Ali Khan in the Amazon webseries Tandav . They were together in Dil Chahta Hai in 2001. Apparently, Farhan Akhtar plans to produce a sequel to Dil Chahta Hai though he won’t direct  this time. Dimple also has significant roles in the Shah Rukh starrer Pathan and the Ayan Mukerji’s Brahmastra.

2. Bobby Deol:
After Aashram in 2020, Bobby is much in-demand for negative roles. He plays the villain to Ranbir Kapoor’s hero in Sandeep Vanga’s Animal and he joins his distinguished  family, father Dharmendra and brother Sunny Deol in a sequel to 2007’s Apne. There is also talk of a sequel to Bobby’s biggest hit Soldier which will see him reunite with his favourite co-star Preity Zinta.

3. Madhuri Dixit:
It’s been a while since this iconic star-actress was seen on screen. But, we now hear she is planning a  comeback with one of her favourite filmmakers  Sanjay Leela  Bhansali, Aditya Chopra  or  Karan  Johar. They are all trying to write roles for their favorite actress. Watch out for an announcement soon.

4. Farhan Akhtar:
He  hasn’t been seen or heard or directed a film in a while. Farhan’s last starring role was  in  2019 when he painted the sky pink with ‘Pinky’ from this month’s  big release The White Tiger (Priyanka Chopra). Farhan is all set to be seen as a raging bull in Rakeysh Omprakash Mehra’s  Toofan this year. He is also likely to play revolutionary poet Sahir Ludhianvi in a bio-pic.

5. Aishwarya Rai Bachchan:
Missing from screen since the disastrous Fanney Khan in 2018, Aishawarya was not seen in any film in 2019 and 2020. She makes a comeback in her second-favourite director Mani Ratnam’s Tamil Ponniyin Selvan and will also be seen in her all-time  favourite director Sanjay Leela Bhansali’s production Heera Mandi.

ALSO READ: Makeup artist Florian Hurel to team up with Aishwarya Rai Bachchan once again for Mani Ratnam’s next