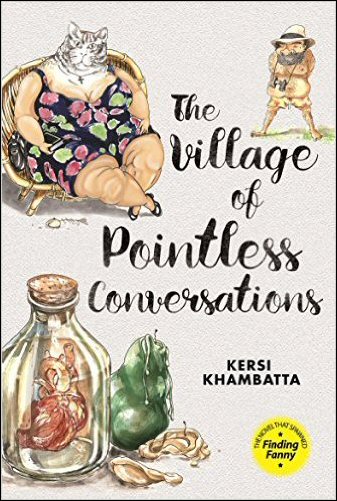 While Deepika Padukone won critical and mass acclaim once again this year, the actress was seen in only one film titled Finding Fanny in 2014. The English - Hindi offbeat film was satire in nature and has now been turned into a book titled 'The Village of Pointless Conversations', written by author Kersi Khambatta along with Homi Adajania.


The two have collaborated for the first time but Kersi has a completely different take on the story. The novel, unlike the film, doesn't have a time restriction and hence, encompasses the details of every character describing their mind, thought processes. The characters include Ferdie, the old postman in search of his lost love (Naseeruddin Shah), the grumpy, dominant old fat lady who likes to be the queen of the Pocolim village Rosie (Dimple Kapadia), the virgin widow Angie (Deepika Padukone), the jobless and hot headed Savio (Arjun Kapoor) who has been in love with Angie since his teen days and the so called famous Painter Don Perdo who finds his muse in Rosie. Homi added that climax of the book too has five different versions of the end.


From what we hear, Naseeruddin Shah will be reading the book along with Dimple's daughter and writer Twinkle Khanna at its launch which is to be held on February 22.