Making her television debut as the reality show judge, Kareena Kapoor Khan is currently on the judging panel with Bosco Martis and rapper Raftaar on the ongoing show Dance India Dance. Amidst her film commitments, the actress is more than happy to explore the medium of small screen and we have even seen her flaunting her own acting skills during the show. After dancing to songs like ‘Mauja Hi Mauja’ and ‘Raat Ka Nasha’, now Kareena was seen dancing to the number ‘Auntyji Auntyji’ from the film Ek Main Aur Ekk Tu! 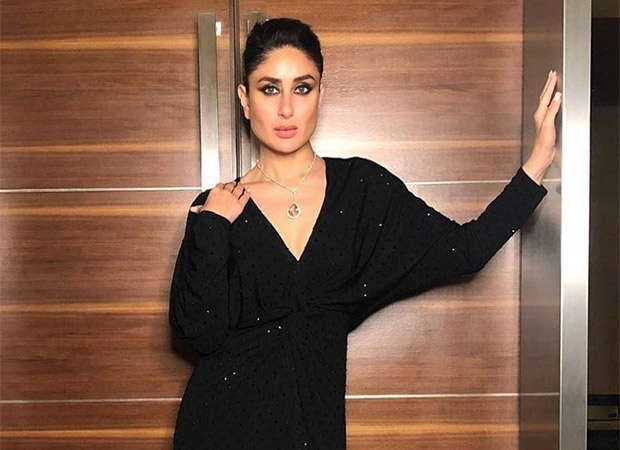 In a recent video that has found its way on social media, we see Kareena Kapoor Khan sitting on the judging panel as she grooves to the music of her popular song ‘Auntyji Auntyji’ along with Bosco Martis who too is seen giving the actress some company. Incidentally, choreographer Bosco too had made an appearance in the original number from the film. The fun video seems to have attracted the attention of many fan clubs around as they decided to share the same on Instagram. Here have a look:

Kareena Kapoor Khan is currently shooting for Angrezi Medium in London. While the actress does take out time for shooting Dance India Dance 7 too, in the forthcoming episode, Karisma Kapoor has taken her place considering her sister’s hectic schedule. Besides Angrezi Medium, Kareena also has Takht and Lal Singh Chaddha in the pipeline. Kareena is next expected to be seen in Good News alongside Akshay Kumar and the actress has already wrapped up the shoot for the same.

Also Read: VIDEOS: Kareena Kapoor Khan is killing it as she gears up for her cop role in Angrezi Medium