Kareena Kapoor Khan, on Sunday, kick-started her next film Angrezi Medium starring alongside Irrfan Khan. This will be the first time the two stars will share the screen space together. The outdoor schedule began on June 30 in London which also happened to be the day when Kareena completed 19 years in the industry. 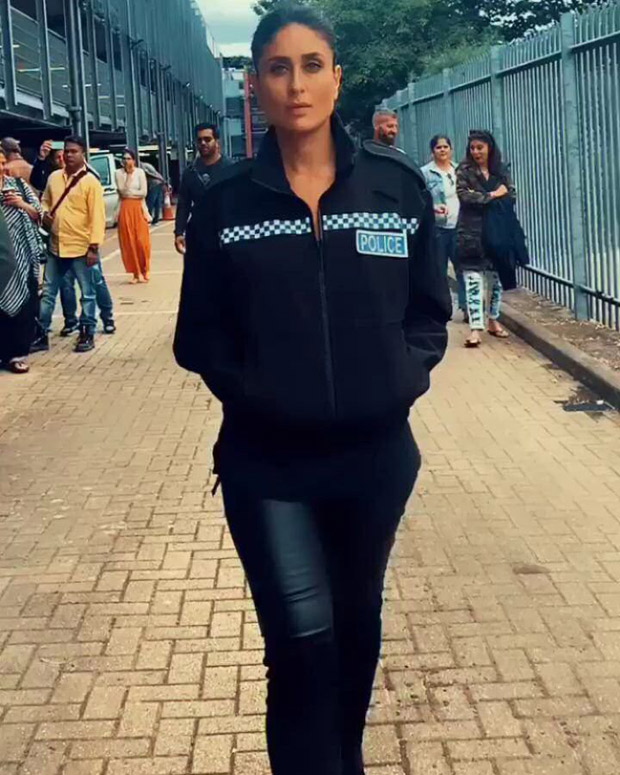 In the film, Kareena Kapoor Khan will be starring as a cop. Her look in the film is very simple yet the actress exudes so much charisma and charm. In a couple of videos that were shared from the sets of the film, the actress walking on the sets donning a police jacket with full sass and confidence. The actress will be starring in never before seen avatar and fans are definitely excited.

Another photo was leaked from the sets of the film in which Kareena is in work mode and captured in the car. She is seen sporting sunglasses in the photo and looks very engrossed in the scene.

Producer Dinesh Vijan earlier said, “19 years and still reinventing herself! That’s why Kareena is Kareena. Seeing her on set is exhilarating, especially since she’s playing a character she hasn’t before. Bold beautiful and badass, Kareena in Angrezi Medium is going to be unmissable!”