Did you watch the trailer of Dabangg 3 yet? Full of Salman Khan's signature swag, action and humour, it is promising to be just the perfect entertainer we were expecting it to be. As Salman's Chulbul Pandey avatar returns, Sonakshi Sinha will be reprising her role of Rajjo too. But at the same time, debutant Saiee Manjrekar is an interesting addition that we are looking forward to. 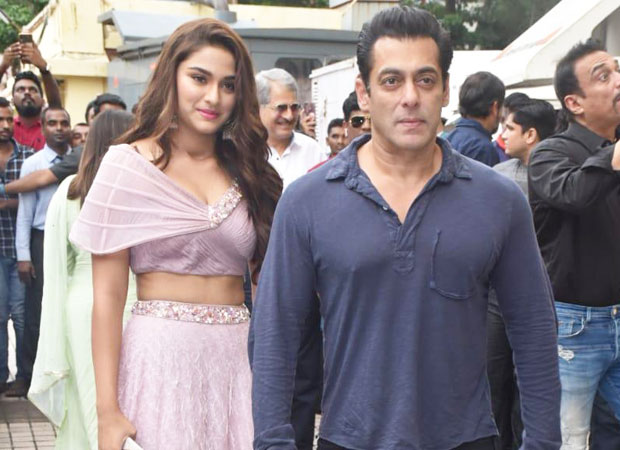 At the trailer launch event, Saiee revealed that she was very anxious until she arrived at the event. "I was very anxious before I came here, but everything was so well planned; now I am relaxed. It feels like a dream," she said.

Saiee's father Mahesh Manjrekar also has a brief special appearance to make in Dabangg 3, and will be seen playing Rajjo's father. Nine years back, with Dabangg, Salman had introduced to Sonakshi to us. Bearly a decade later, it's Saiee's turn! Let's see what her character Khushi Pandey has in store for us.

Written by Salman himself and directed by Prabhu Dheva, the film is set to roll out in theatres on December 20, 2019.