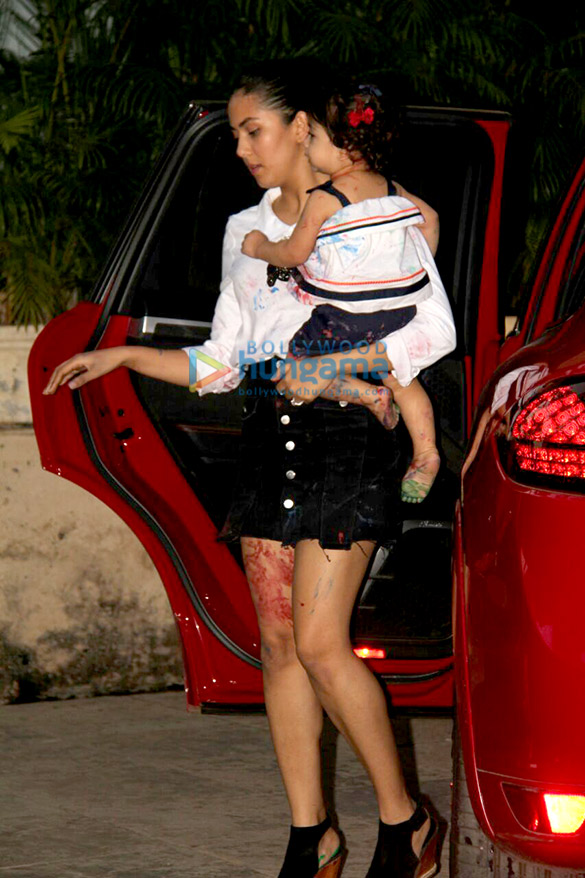 One of the most memorable childhood memories for most is using crayons and colour tubes while painting your imaginations in the art classes. Often, the colours used to leave their mark on our hands, legs and even our clothes. Most washing powder commercials show this aspect – clothes covered with paint or such other mark - to prove the worth of their product.

Continuing this tradition, Shahid Kapoor and Mira Rajput’s daughter Misha seems to be having fun in this regard. The baby is not even a year old but it seems like she got a chance to try her hand at painting and drawing in the presence of mommy Mira. This is evident from the pictures that have come out. It features Mira Rajput holding Misha while she is coming out of her car. Mira is wearing a white shirt and high-waist short skirt. Her left thigh and her clothes can be smeared with paint colour. Even Misha isn’t left behind and even her clothes and legs are covered with lot of colours. 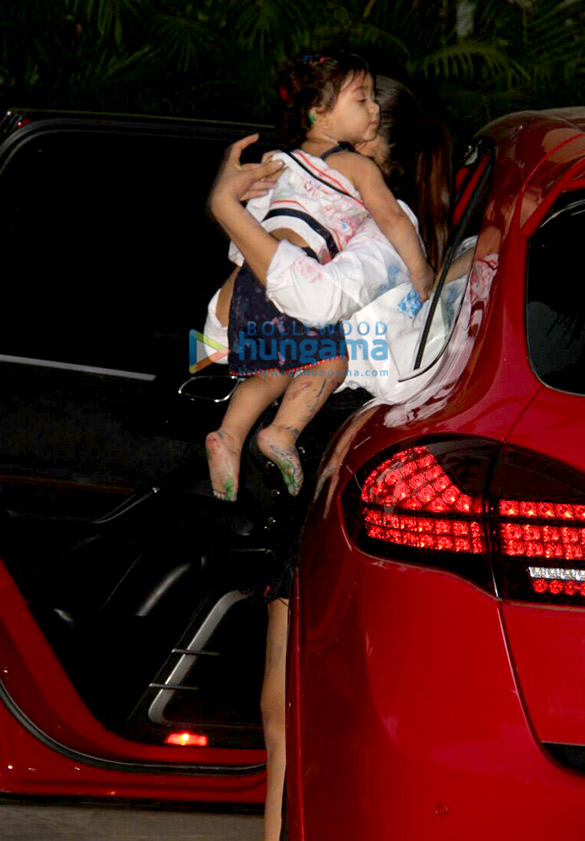 It was in March 2015 that it was announced that Shahid Kapoor will be getting married the same year to Mira Rajput from Delhi. Nobody had an iota of inkling about this union and it caught the entire media fraternity unawares. It later came to light that Mira is not from a film family and is even twelve years younger than Shahid. Shahid met Mira through the religious group Radha Soami Satsang Beas. Shahid and his father Pankaj Kapur are ardent followers of the group and so is Mira’s family. The marriage took place on July 7, 2015 and Misha was born a year later, on August 26, 2016.

Shilpa Shetty pledges to her daughter…

Priyanka Chopra stunned at the Global…