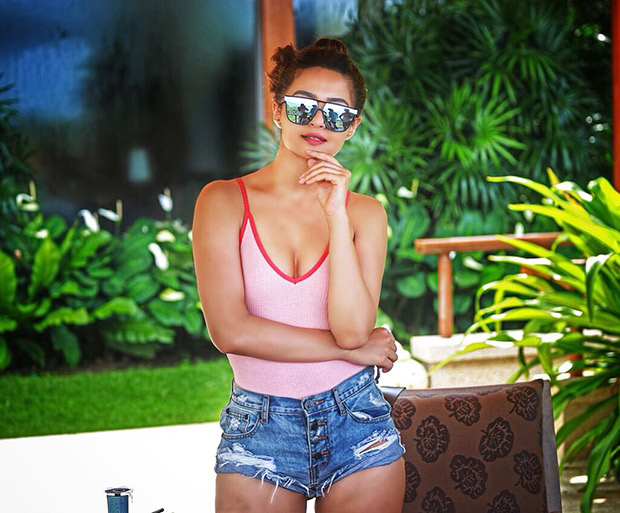 Surveen Chawla has had a sizeable fan following ever since she became big on television thanks to TV shows like 'Kahin To Hoga', 'Kaajjal', 'Kasautii Zindagi Kay' etc. But she unleashed her hot side when she debuted in Bollywood. Ever since, she has been seen in a new light and needless to say, her fan following has increased manifold. That she has close to 1 million followers on her Instagram handle is a proof of her immense popularity.

Surveen Chawla has been regularly updating her Instagram handle but a sizzling hot picture, befitting her image, was missing since sometime. But yesterday she filled the void. Surveen posted a picture in which she can be seen wearing a hot pink top with red borders and denim shorts. She’s wearing sunglasses and its mirror-like glass, the photographer and his team can be seen. Of course, her hot body is in display and that’s a huge reason why this picture has got so many likes and positive comments.