He is a suave Nawab and she is the sexy Kapoor princess! The marriage of Saif Ali Khan and Kareena Kapoor brought together two reputed families of the country and since then, the hoopla around them has never stopped. Their Instagram posts have become the cynosure of social media and now yet again they have grabbed attention for their latest pics. And not surprisingly, their new couple picture has sizzling chemistry written all over it! 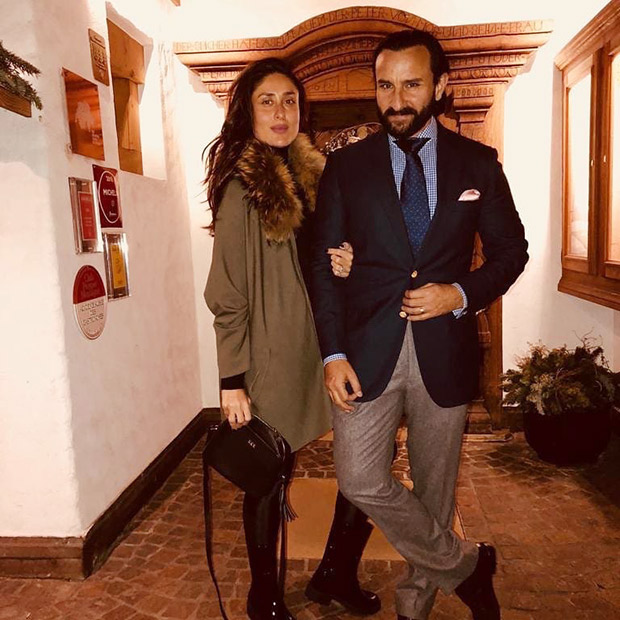 As we gear up to end 2018 with a bang, the Khan and Kapoor have taken off to Europe for a fun filled holiday in Switzerland. They are also accompanied by their son, Taimur Ali Khan. Pictures of their trip have already been doing the rounds on varied platform and add to it are their latest date night pictures. Keeping with the winter theme, the theme of their latest date night is definitely elegant and classy attires. Kareena looked as hot as ever in a furry jacket with minimal makeup while Saif impressed us with his royal features in a well suited look. 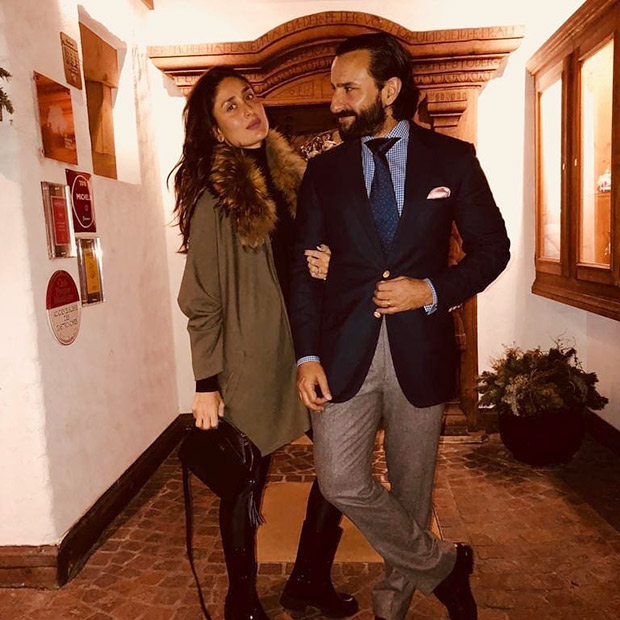 The couple also went the adventurous way as they set out on a ski trip to the Alps in Switzerland. Accompanying them was also their toddler Taimur and the couple’s close friend Natasha Poonamwalla and her family. The said picture has now gone viral on social media.

It is a known fact that Gstaad has always been the favourite destination of this Khan-Kapoor couple. And this year, yet again, despite the busy schedules of the two actors, they took off some time to ring in New Years in the snowy region. They took off to Europe after ringing in Christmas in Mumbai.

On the work front, Saif Ali Khan is shooting for the second season of his popular Netflix show Sacred Games 2. As for Kareena, she will soon get busy two Dharma films – namely, Good News and Takht.

Also Read: Kareena Kapoor Khan admits REJECTING a big film because of Taimur, was she talking about Bharat?