Kareena Kapoor Khan is currently chilling in South Africa with hubby Saif Ali Khan and sonny boy Taimur Ali Khan who is celebrating his second birthday today. While the paparazzi can’t get enough of this munchkin, his parents are making sure that they give him right parenting amidst all the media attention to him. Saif Ali Khan and Kareena Kapoor Khan’s priorities have shifted to their kid and quite naturally he is the centre of their life now. Kareena is seen maintaining a fine balance between working and giving time to her son. She is currently dabbling in radio along with her movie and endorsement projects and she made quite a few revelations about herself there. While she was chatting with Sunny Leone, her guest of the hour, Kareena spoke about having to let go of a big project because the film had a long outdoor shoot and she did not want to leave Taimur Ali Khan alone. She mentioned that it was big film with a big hero….and it is not difficult to guess the name of the film. Well, there are certain conjectures to which one can arrive here. After Priyanka Chopra opted out of Bharat, there were rumours that Kareena Kapoor Khan was offered Bharat too. But owing to its expansive outdoor schedule, she had to let it go, it seems. Kareena never revealed the name of the movie but it could be Bharat. 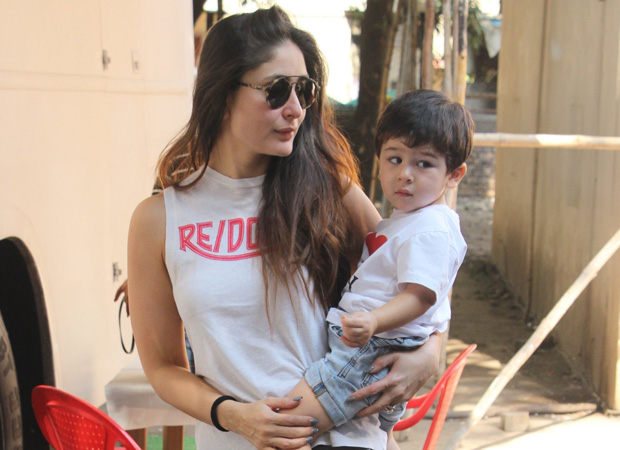 She also mentioned on the show that she will make sure that Taimur will get freedom to choose a career of his liking and it is not necessary that he should join the films, like she or Saif did. Constant attention on him is also a cause of constant worry for Kareena and Saif.

She has spoken about a probability of putting Taimur in a boarding school outside India to make sure he can live a normal life. Kareena will be seen next in Good News and Takht.