Shah Rukh Khan and Salman Khan are bromance overload! They love love love surprising their fans with their on screen appearances and also help each other by promoting corresponding movies. This time around, Salman Khan appeared in a song with Shah Rukh in Zero and later also promoted the movie on his reality show Bigg Boss 12! Salman recently turned 53 and like every year he threw a bash at his Panvel farmhouse for his family and industry friends. It was touted that Shah Rukh would not make it for the party but he inevitably did! He has his priorities set for sure. There is one video floating around on the internet where Shah Rukh and Salman are watching Karan Arjun's hit song ‘Yeh Bandhan Toh’ and tear up whirlwind hugging each other. This video will l surely make every 90s kid emotional! Check it out below. 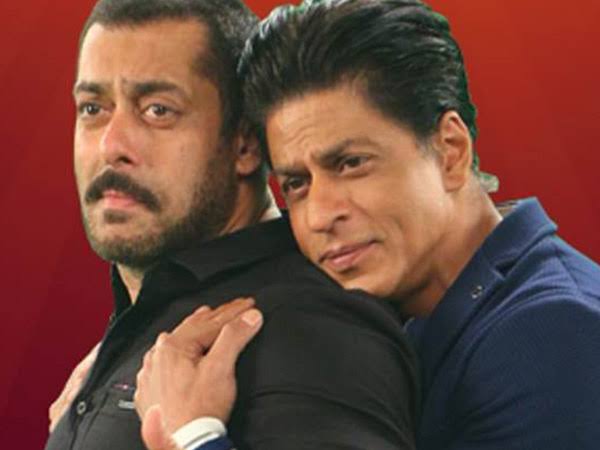 Professionally, Shah Rukh Khan is facing bit of a rough patch with Zero underperforming at the box office. He earlier few movies did not do well at the box office. Salman's last film was Race 3 which did average business. His next movie is Bharat which is based on a Korean film Ode To My Father. After looking at this video, we want both Salman and Shah Rukh to start in a full-fledged feature film.

Salman has just wrapped up Bigg Boss 12 and will now dive into shooting Bharat with Katrina Kaif. Shah Rukh is touted to be a part of the Rakesh Sharma biopic Saare Jahan Se Accha. There is no official confirmation on this one yet.