Just because she looks like a diva, carries herself like a dream and works out religiously, you think Janhvi Kapoor doesn't binge-eat like you and I do? Who doesn't like dodging their diets, once in a while? The actor was recently all decked up in a beautiful, snowy white attire for a photoshoot but couldn't resist herself from a taking a bite from a sinful pizza! 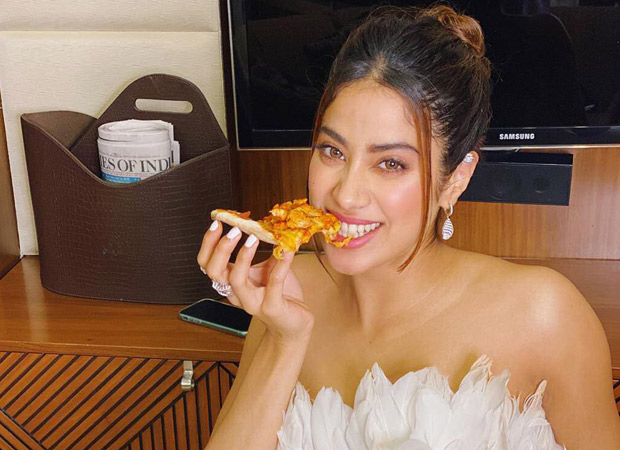 Janhvi also shared a picture of herself holding the piece of pizza, on Instagram. "Pizza, anyone?," she asked. Among all the people who said yes, the first one was actor Varun Sharma! Check out her post below.

In an earlier interview, Janhvi had also revealed that she is a true foodie and when Dhadak director Shashank Khaitan asked her to gain some weight, she did it happily and effortlessly!

Janhvi is presently one of the busiest in B-town, with a plateful of films. She is presently shooting for Dostana 2 along with Kartik Aaryan and is done filming for her first horror comedy Roohi Afza, opposite Rajkummar Rao, and IAF pilot Gunjan Saxena's biopic The Kargil Girl. In a few months, she begins shooting for Karan Johar's Takht.