Deepika Padukone has wrapped up her first production, Chhapaak which is being helmed by Meghna Gulzar. The posters and leaked photos from the sets showcased that the actress transformed herself into the role of acid attack survivour Laxmi Agarwal. Vikrant Massey will be essaying the role of her husband in the film. Now, their journey on the film has come to an end. 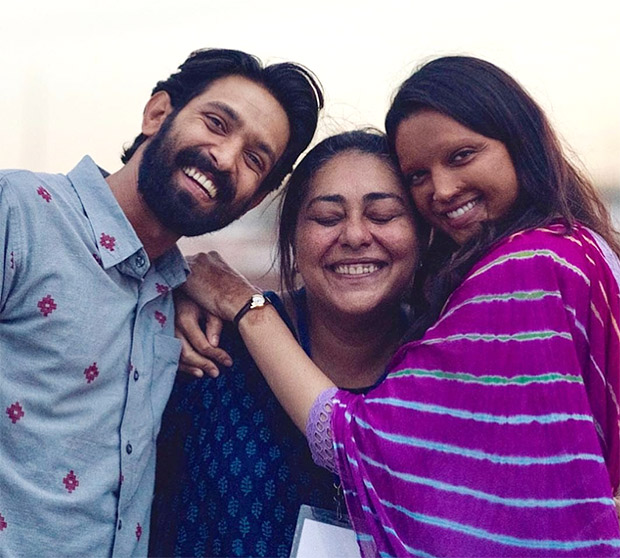 Deepika Padukone, on Tuesday, announced the wrap up of the film. Director Meghna Gulzar, on Thursday, penned emotional note while bidding adieu to her characters on the last day. She wrote, "And we wrapped #chhapaak.Malti... Amol... I will carry you with me. ???? Thank you for your faith and for pouring yourself into our film! @deepikapadukone @vikrantmassey87."

And we wrapped #chhapaak Malti... Amol... I will carry you with me. ???? Thank you for your faith and for pouring yourself into our film! @deepikapadukone @vikrantmassey87

Vikrant Massey responded by saying, "You are the light. Thank you for leading us and guiding us through. This will be cherished forever. ❤️"

She also shared a collage in which she was marking the last set of dialogues before the wrap up. "When the last scene in the film’s one-line has been “yellowed” off, there’s so much and so many to be grateful for. Thank you each and everyone on team #chhapaak for this incredible journey!," she wrote.

Drawing instances from the life of Laxmi Agarwal, Chhapaak is a story of the strength and integrity of a woman. The film is slated to release on January 10, 2020.