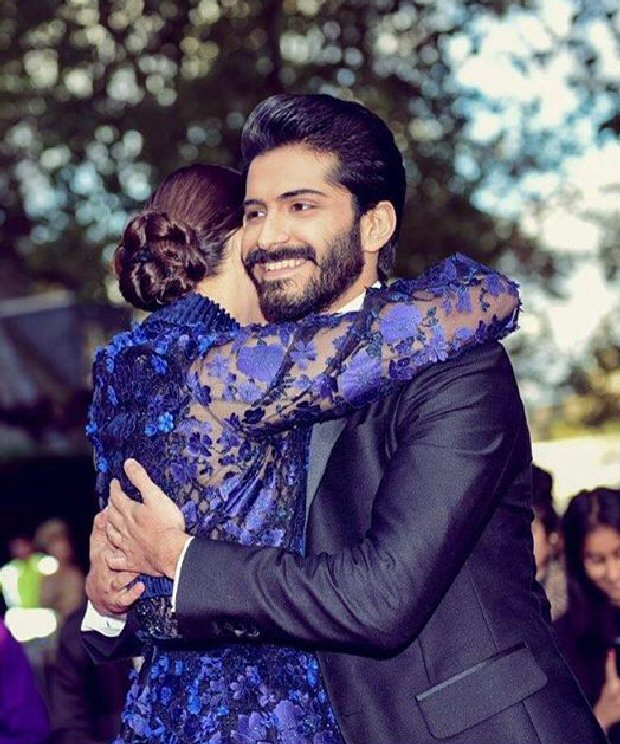 In October, Anil Kapoor's son Harshvardhan Kapoor made his way into the film industry with Rakeysh Omprakash Mehra's film Mirzya. The movie didn't do well at the box office but that didn't stop the Kapoors from celebrating his debut.

As Harshvardhan Kapoor celebrates his 26th birthday today, eldest sister Sonam Kapoor has a special message for him. Throwing back to the London premiere of Mirzya, she shared a photo with Harsh while hugging him and captioned it, "Press on – nothing can take the place of persistence. Talent will not; nothing is more common than unsuccessful men with talent. Genius will not; unrewarded genius is almost a proverb. Education will not; the world is full of educated derelicts. Perseverance and determination alone are omnipotent" Calvin Coolidge... I don't know anyone who is as hardworking and determined as you @harshvardhankapoor ! More than your talent and all your wonderful gifts, your strength of character and work ethic is what I'm proud off! Love you brother, happy happy birthday!!"

While Sonam Kapoor is melting everyone's hearts with their sibling bond, dad Anil Kapoor too had some heartwarming things to say about his son. He wrote, "You have given me so many reasons to be proud of the man you have become, but the proudest moment for me is telling others that you are my son. I love you now and forever. Happy birthday @harshvardhankapoor."