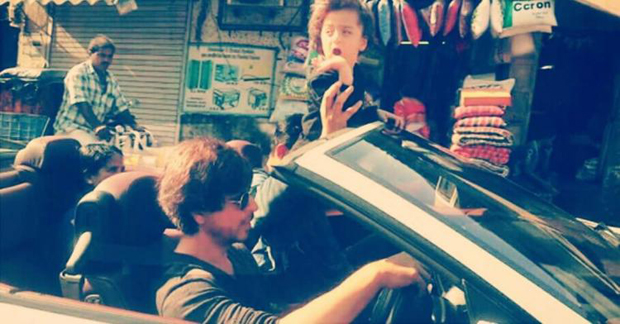 Shah Rukh Khan is known to be a doting dad. As and when the actor gets time off from his busy schedule, he likes to spend it with his family. Although both of his older kids are busy with their studies, his youngest son AbRam Khan is basically the one who stealing the media limelight. 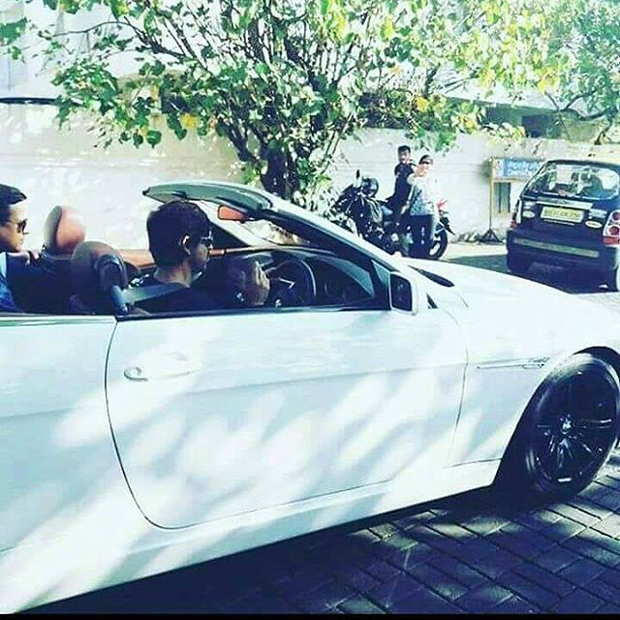 Time and again, AbRam accompanies SRK to several events and at times, even gives an appearance during his interviews. On Monday afternoon, Shah Rukh Khan took little AbRam on a joy ride in his white convertible car. Accompanied by his bodyguard, SRK was seen driving the car while AbRam enjoyed the fun ride near the Carter Road, Mumbai. Soon they were surrounded by paparazzi but it did not bother SRK as he comfortably zoomed ahead.

On the professional front, Shah Rukh Khan was recently seen in Rahul Dholakia’s Raees. He is currently shooting for Imtiaz Ali’s film alongside Anushka Sharma which is tentatively titled The Ring. It is slated to release on August 11.