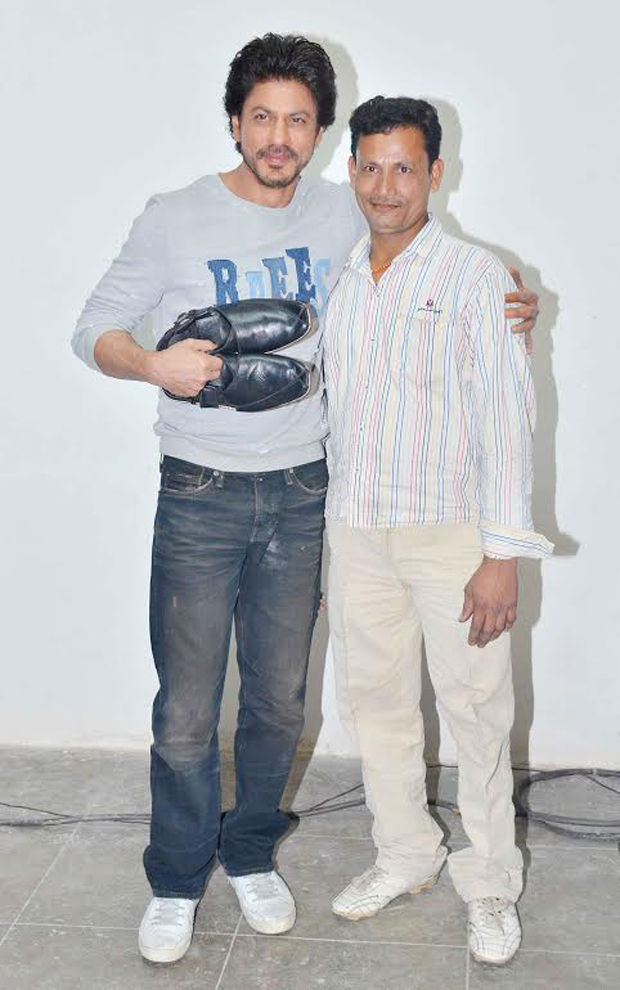 Shah Rukh Khan's forthcoming film Raees has created quite a buzz as the actor is starting the year another entertainer. What's more is that the dialogues of the film which have been identified as unique ones have started tracking and how amongst the regular audiences. So much so that it now has become a vocabulary addition to everyone's language.

One such man who has resonated with the dialogue is cobbler Shyam Bahadur who runs a small shop in the suburbs. Shyam saw the trailer and absolutely loved the dialogue 'Koi Dhanda Chota Nahi Hota aur Dhande Se Bada Koi Dharm Nahi Hota'. He went ahead to put out a board of the line on his small shop. The people who walked by his shop started inquiring the uniqueness of the act and Shyam said that how he relates to the dialogue every bit and is glad that SRK has endorsed the one-liner in his forthcoming film.

When Shah Rukh Khan learned about the man, he immediately expressed to meet Shyam. What Shyam didn't realize that he will in fact be living his dream. Shyam met SRK at the suburban studio where the actor was doing the media interaction of his film. Shyam, who was nervous not realizing if it was a dream or reality, saw the glimpse of the actor heading towards him and had a huge smile on his face. SRK gave him a big hug and was over the top excited to meet the man himself. 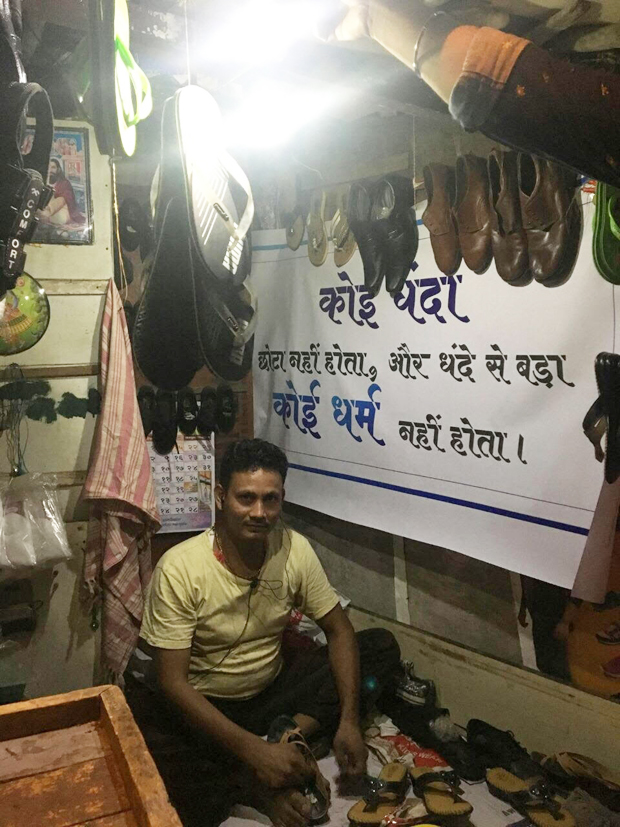 Shyam did not what to say to SRK, so he handed out the shoes which he had personally made for SRK as a small token of a gift. S promised Shyam that he will wear the shoes matching it with a Pathani. The actor indulged in a long conversation with Shyam asking about his shop location and how he identified with the one liner.

Shyam expressed on how this dialogue says so much in so fewer words, and how people actually have a myth of differentiating the business into small and big. He further thanked the actor on how he is grateful to him in bringing this dialogue out and explaining the significance of any business irrespective of its stature. He even said that he can't wait to watch the film.

Raees is helmed by Rahul Dholakia and stars Nawazuddin Siddiqui and Mahira Khan in addition to Shahrukh Khan playing the titular role. It is set to hit screens on January 25, 2017.