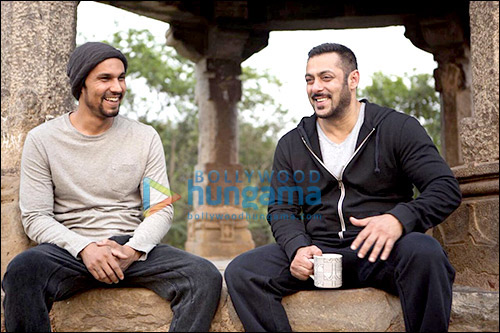 We know the Salman Khan along with Anushka Sharma recently wrapped their upcoming film Sultan in Budapest. From trailer to music, everything around Sultan has created quite a buzz. We saw several behind the scenes pictures of the final schedule of shooting but director Ali Abbas Zafar likes to tease the fans by posting candid moments from the sets.

The off-screen candid moment of the actors shows that they had a good time together. As per the trailer, Randeep Hooda plays Salman Khan's MMA trainer who is very strict about the sport. News has it that it was Salman Khan who had suggested Randeep's name for the wrestling coach's role. Directed by Ali Abbas Zafar and produced under the banner of Yash Raj Films, Sultan is set to release on Eid July 6.