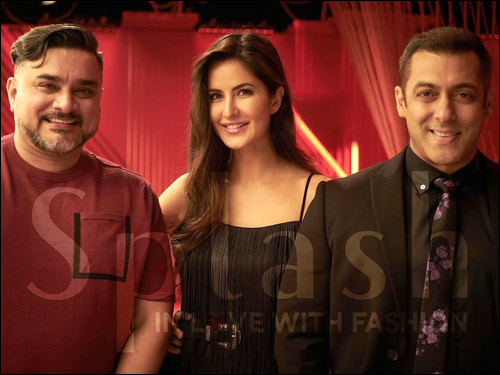 Salman Khan and Katrina Kaif, who were last seen together in Kabir Khan's Ek Tha Tiger, have reunited after four years for an ad shoot. The exes recently shot for Dubai's fashion brand named Splash and will be representing it through a series of campaigns across the Middle East.

The Splash brand shared a photo of Katrina Kaif and Salman Khan after they wrapped up their ad shoot. Keeping the consumer needs in mind in the Arab and Asian market, the campaign will feature them showcasing their new fashion line. The campaign will go live on September 1 across all platforms along with a TVC.

Meanwhile, Katrina Kaif is gearing up for her upcoming release Baar Baar Dekho which stars Sidharth Malhotra whereas Salman Khan recently started shooting for his next film Tubelight.