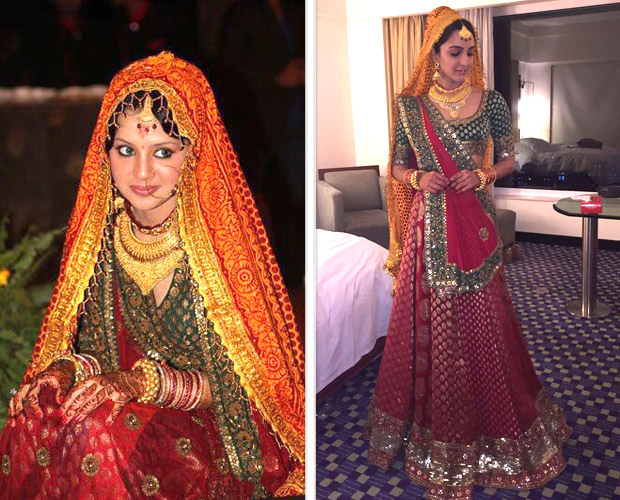 Bringing an inspiring story of one of the most famous captains of the Indian cricket team is MS Dhoni: The Untold Story. While the film has the complete support of the cricketer Mahendra Singh Dhoni on whom it is based on, the cricketer’s wife decided to go that extra mile in order to help Kiara Advani to play her role.

Kiara Advani of Fugly fame will be seen essaying the role Sakshi Dhoni in the film and to prepare for her role, she even received the complete support from her real life counterpart including the fact that Sakshi sent several pictures to Kiara during the prep. In fact, the makers of the film insisted on making Kiara’s look authentic in the film and for the wedding sequence of Dhoni and Sakshi, they decided to recreate the replica of the actual outfit worn by Sakshi in her wedding. And from what we hear, the cricketer’s wife helped Kiara with the minutest of details and even told her where she got her outfit made so that the makers could source the same.

With Sushant Singh Rajput playing the protagonist, MS Dhoni: The Untold Story, the film also features Anupam Kher, Bhumika Chawla among others. It is slated to release on September 30.