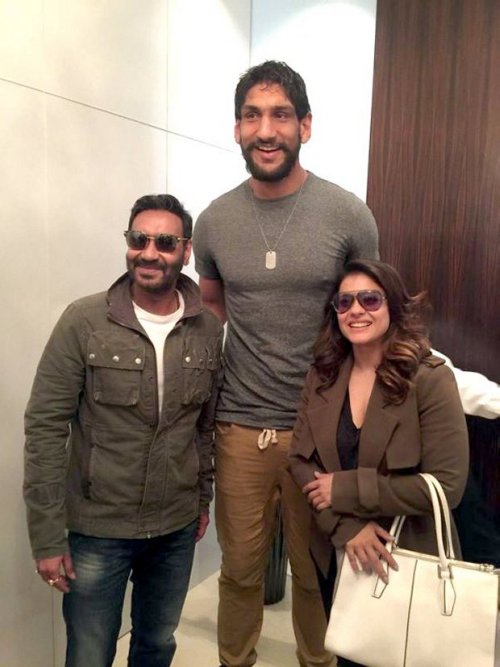 On Thursday, we had reported that Ajay Devgn began promotions of his forthcoming film Shivaay in New York City along with his wife Kajol. A press conference followed by some meet ups was held in NYC for the Shivaay team.

Amidst all the promotions, Ajay Devgn and Kajol got some free time when they bumped into Indian NBA star Satnam Singh Bhamara. They interacted for a few minutes before posing for shutterbugs.

As for Shivaay, it has been co-produced and directed by Ajay Devgn and it is all set to release on October 28, 2016.