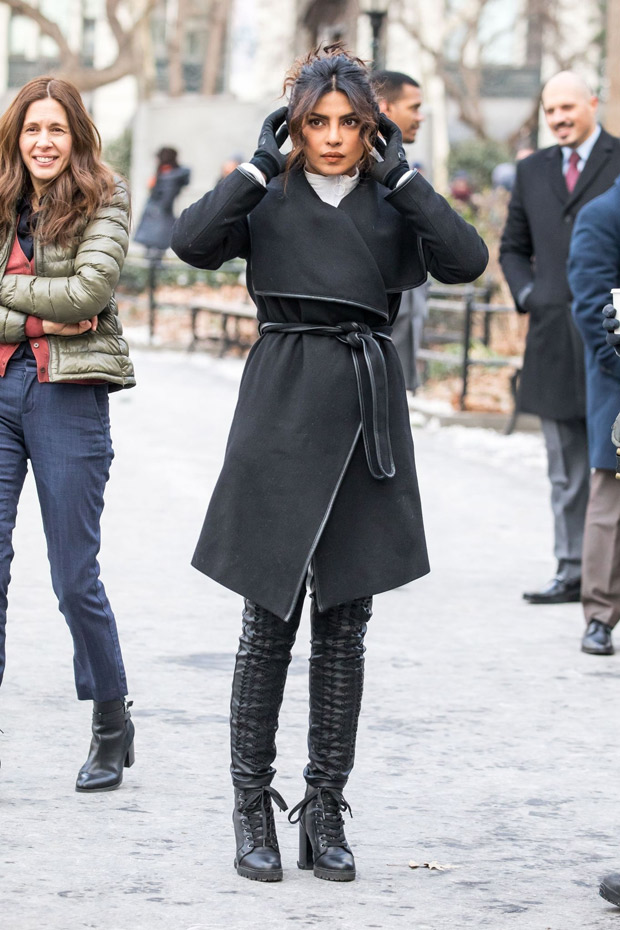 Globetrotter Priyanka Chopra has no time to stop. The actress was in India last month for a few days to spend holidays with family and friends. But, not only did she enjoy some downtime, she also got some work done in the meantime. 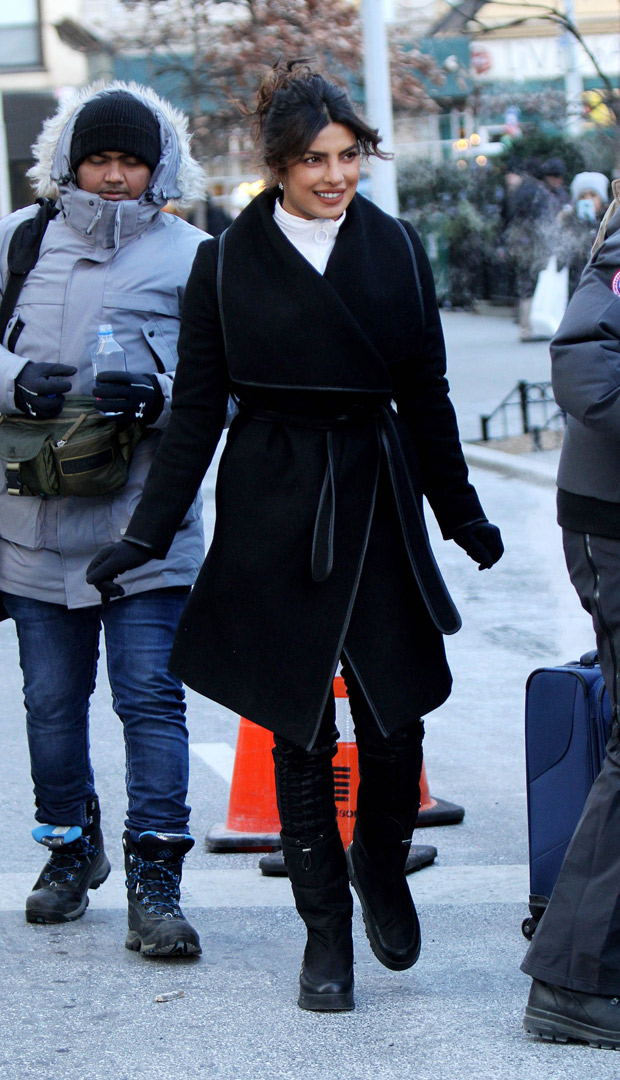 This past weekend, Priyanka Chopra bid goodbye to London weekend and headed to New York City to resume shooting of Quantico. On January 3, she was snapped on the sets of her show while fully covered up and beating the chilly cold weather in Madison Square Park in Manhattan. She bundled up in a black coat and lace-up heeled ankle boots as she kept herself warm in between scenes. She was joined by Jessica Hecht, known best for her role as Susan in Friends. Jessica is the new member of Quantico cast who was seen carrying a gun as she filmed with Priyanka. In between shots, they were enjoying a fun conversation. 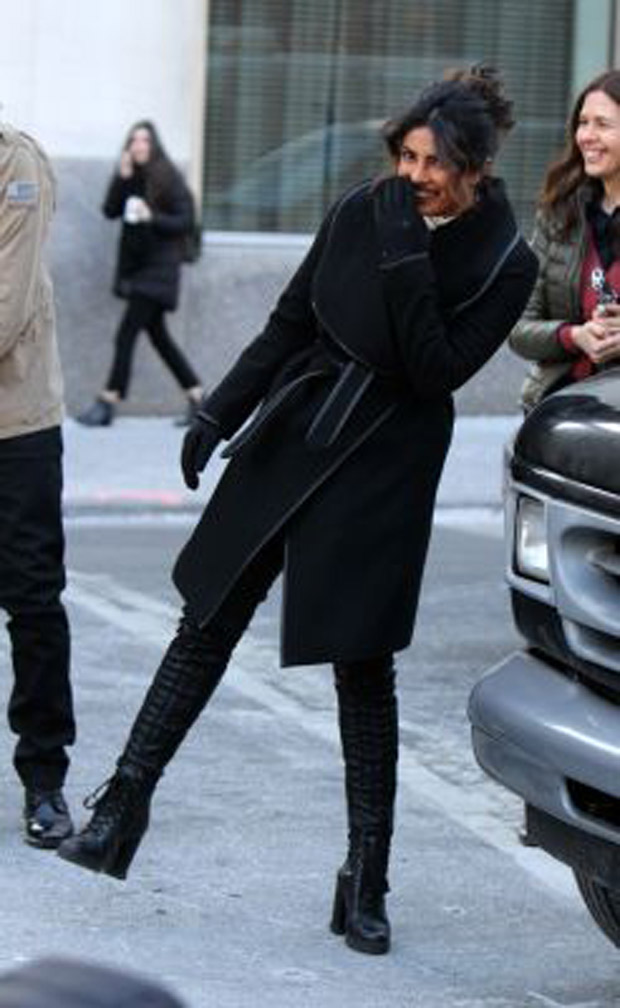 The third season of Quantico has been cut down to 13 episodes and will have a mid-season premiere. On the work front beside Quantico, Priyanka Chopra has already wrapped up her next film Isn’t It Romantic which stars Adam Devine, Liam Hemsworth, and Rebel Wilson. It is slated to release on February 14, 2019. She will be also seen in Jim Parsons starrer A Kid Like Jake. 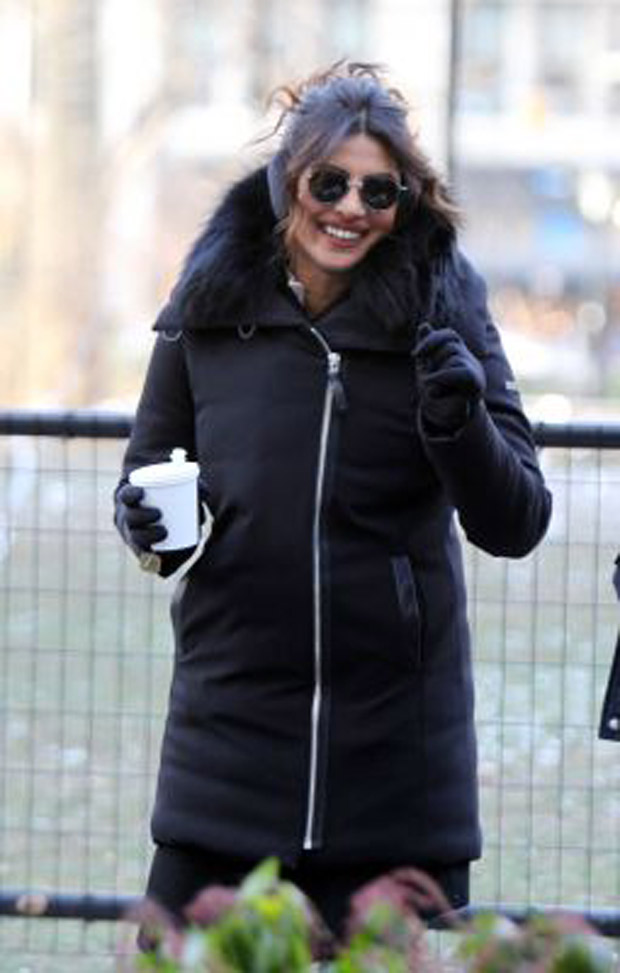 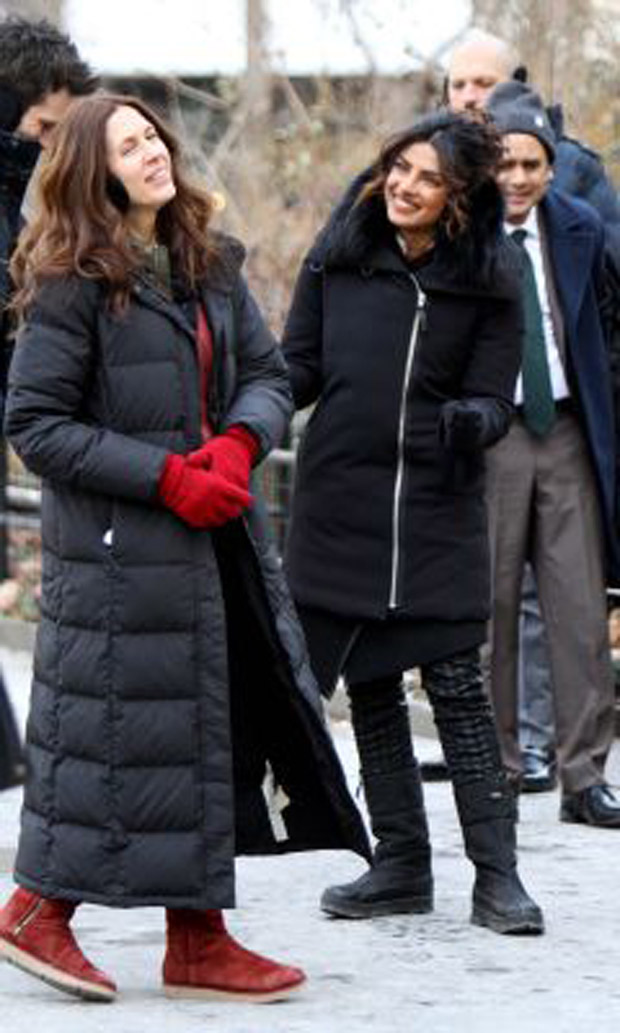 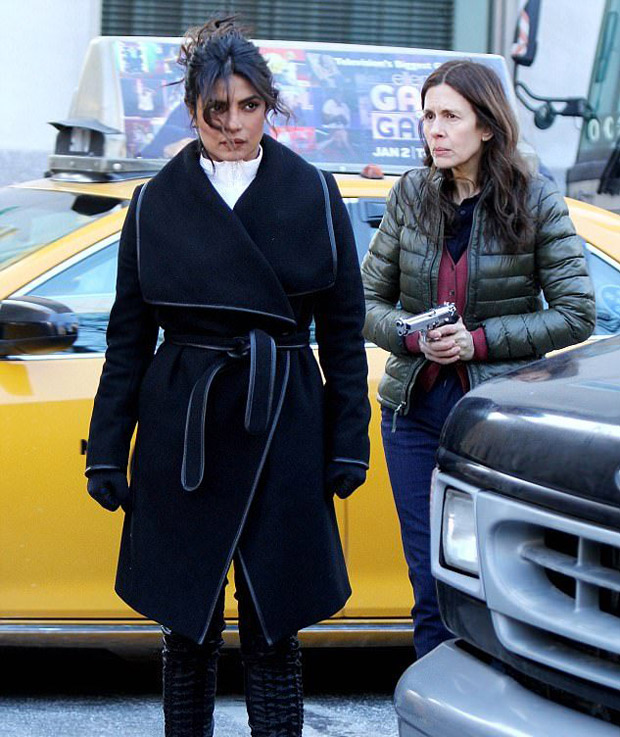