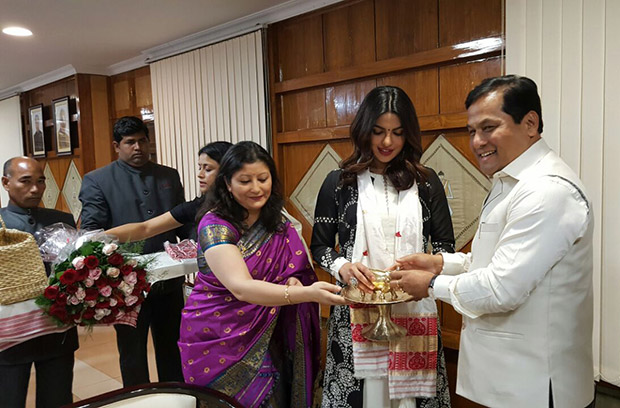 Just a couple of days ago, we saw former beauty queen Priyanka Chopra taking off to Assam amidst her hectic schedule. The actress has been selected as the brand ambassador of this North Eastern state and she was showered with a warm welcome ceremony during her visit.

The Honourable Chief Minister of Assam, Sarbananda Sonowal warmly greeted Priyanka Chopra amidst his entire staff at his office and the actress was more than happy interacting with him. The pictures of their meeting were shared on social media by none other than the CM himself and the actress also received a small memento from them. 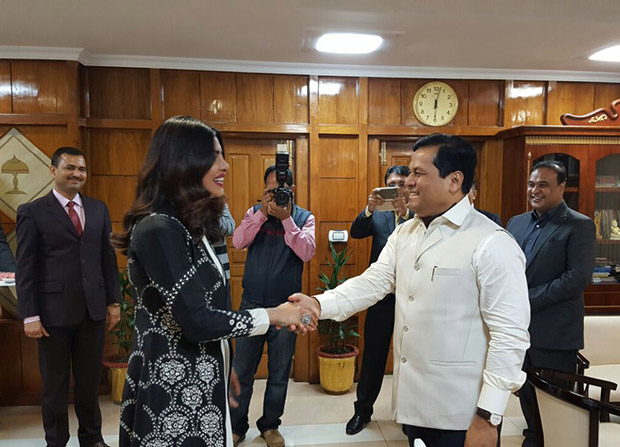 Since last week, Priyanka Chopra has been showering praises about Assam and she even posted about her visit to the famous Kamakya temple.

Priyanka Chopra decided to take this short Christmas trip as she was in India to wrap up her Bollywood commitments and endorsements. The actress has taken a small break from the shoot of her Quantico series and in the next couple of months, she will also kick start the promotions of her Hollywood debut Baywatch.