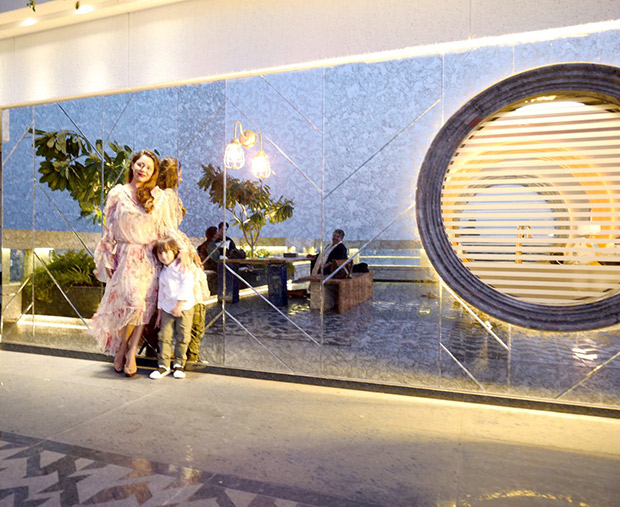 We all know that Karan Johar is extremely fond of Shah Rukh Khan and his family. Be it Gauri Khan, Aryan Khan, Suhaana Khan or even the little AbRam, Karan Johar has always been protective and caring about them all as much he is about Shah Rukh Khan.

Recently, Karan Johar posted the adjoining photograph of Gauri Khan and her son AbRam outside a plush hotel. Karan Johar captioned the photograph as “The adorable is turning out to quite the poser!!!! Stealing the thunder from his talented and beautiful mother...”

On the films’ front, Karan Johar is extremely busy with his upcoming films like Dragon (which stars Ranbir Kapoor and Alia Bhatt), Drive (which stars Sushant Singh Rajput and Jacqueline Fernandez) and Ittefaq (which stars Sidharth Malhotra and Sonakshi Sinha) and the most eagerly awaited Bahubali - The Conclusion, which stars Prabhas, Anushka Shetty, Rana Daggubati and Tamannaah Bhatia.