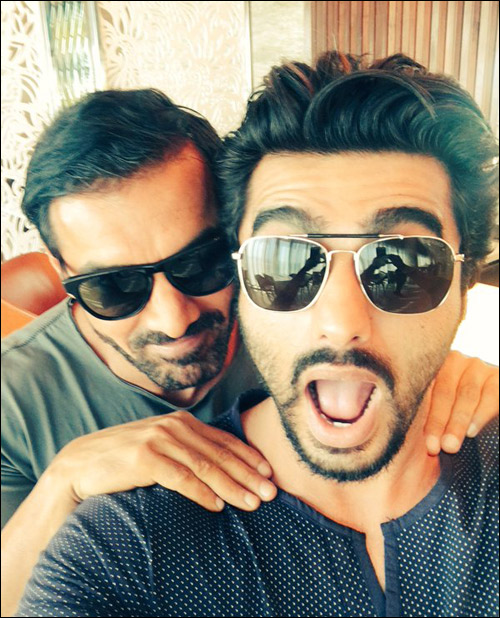 As we have known for a while, John Abraham and Arjun Kapoor are the leading men of the next two upcoming Fridays in Bollywood. Amidst their ongoing promotions, we spotted the two handsome hunks bonding over selfies.

Arjun Kapoor was seen in his elements when he posted a selfie with the action man John Abraham on his Twitter handle saying, "Met the most Handome Lad Ka @TheJohnAbraham at the airport !!! He adds the dish in dishoom u agree @Varun_dvn ???" For the uninitiated, the caption was about John Abraham's next release Dishoom where he will be sharing screen space with Varun Dhawan and Jacqueline Fernandez.

On the other hand, John is equally excited about his upcoming action thriller Rocky Handsome and has left no stone unturned when it comes to promoting the film, which has also been produced by him. Next week, however, we will see the Arjun Kapoor in the romantic comedy Ki & Ka, where for the first time he is paired opposite actress Kareena Kapoor Khan.