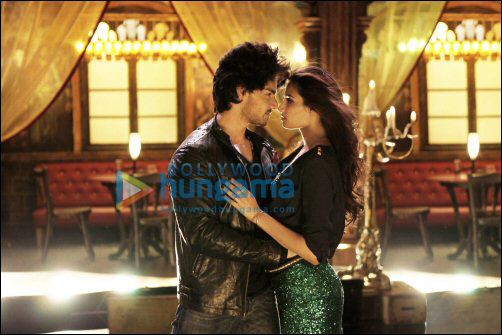 The much awaited debut of Sooraj Pancholi and Athiya Shetty, Hero, is all set to release and the producer of the film, Salman Khan is leaving no stones unturned for its

promotions. After crooning for the title track of the film, Salman Khan along with the leads, Sooraj and Athiya will now be releasing yet another track from the film titled 'Dance Ke

The teaser of the song which released last evening has already given us a glimpse into it. Choreographed by Ahmed Khan, 'Dance Ke Legends' is a peppy dance number and here's a sneak peek

into the avatars of Sooraj Pancholi and Athiya Shetty from the track.

Directed by Nikhil Advani, Hero is a remake of the 1983 film by the same name which starred Jackie Shroff and Meenakshi Sheshadri in the lead. Produced under the banners Salman Khan Films,