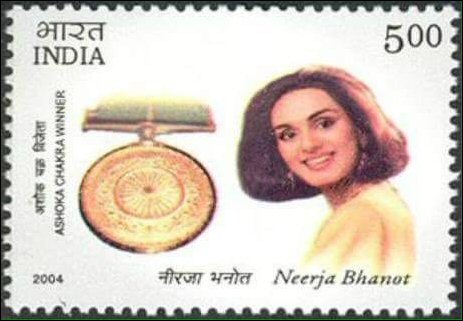 While the Bollywood film fraternity has unanimously showered praise on Neerja and protagonist Sonam Kapoor, referring to the film as an inspiring masterpiece which will make India proud, the film has now bowled over cricket legend, Sachin Tendulkar.


The cricketer and youth icon recently watched the film at a special screening and was deeply moved by Neerja's story. Giving the film his vote of confidence he said, "What a braveheart & selfless person Neerja was. Happy about a film been made on a forgotten hero. Amazing performances by all. #Neerja is a must watch film".


If that wasn't all, protagonist Sonam Kapoor also took to her social media platforms to show her fans the stamp the Indian government made, in honor of the braveheart. Posting an image of the stamp Sonam tweeted, "Guys : have you seen the stamp that the government of India made in the honour of #Neerja ? Here it is"


Says a source, "Through the process of this film, Sonam has been deeply moved by Neerja's story and is going all out to tell the tale of this forgotten hero. Apart from encouraging 'face your fear' campaign over social media, she has also been constantly updating her fans on things being done in the braveheart's honor. While several from the industry have watched the film and loved it, the icing on the cake was a compliment coming from Sachin Tendulkar who is another legend who has always made India proud".


As for the film, Neerja that is presented by Fox Star Studios and produced by Bling Unplugged is directed by Ram Madhvani starring Sonam Kapoor, Shabana Azmi and Shekhar Ravjiani. Slated for release this Friday, the film revolves around the hijacking of Pan Am Flight 73 in Karachi, Pakistan specifically focusing on flight attendant Neerja Bhanot.