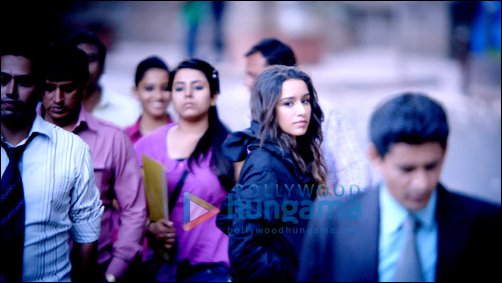 With the release date of Ek Villain nearing, the mystery deepens and fans are anxiously waiting to see the face behind the 'villain' hoodie in the film.


When the promos hit the silver screen, it was initially Sidharth's violent avatar with an intriguing aura that made him look like a negative character and how can we forget Riteish's menacing look in the promos. However, now Shraddha Kapoor was spotted wearing the villain hoodie and we believe that there is a new twist to the story. As Mohit Suri had previously claimed, every character in this film has a lot more layers and shades that will be revealed only when the film releases. Shraddha's new look in the hoodie has only added to the suspense.


Produced by Balaji Motion Pictures, Ek Villain also stars Aamna Shariff and this film is slated to release on June 27.