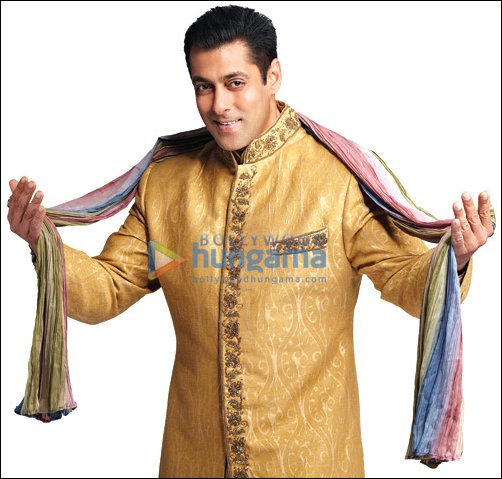 A lot has been said and done in the past few weeks about Salman Khan's upcoming film Ready . Yes, we know it's the most awaited film of the season. Therefore, Bollywood Hungama got an exclusive sneak peek of Sallu bhai's new look, only for you.

Seen here in the above image, Salman is all decked up in a traditional Sherwani, which is his look in one of the songs in the film.

The music launch of Ready will be happening today evening and Sallu being the man that he is has decided to launch the music at Film City along with the staff workers of the studio. It's his way of giving back to the people, who he feels have stood by him for past 21 years of his career in Bollywood. He will also be having dinner with the workers post the music launch.

Ready, which is being directed by Anees Bazmee, stars Salman Khan and Asin. The film tells a comic tale of love and the game played to safeguard it.

Produced by Bhushan Kumar, Ready is slated for release on June 3.