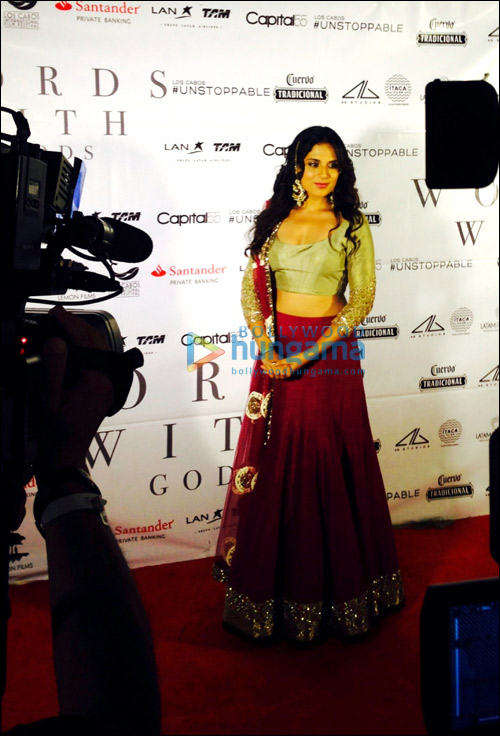 After making a mark in Bollywood with films like Gangs of Wasseypur and Goliyon Ki Rasleela Ram Leela, Richa Chadda has added yet another feather to her cap. Last seen in Tamanchey opposite Nikhil Dwivedi, Richa recently represented India at the famous Los Cabos film festival which was held in Mexico.

The actress flew there for the screening of Mira Nair's Words with Gods. Richa Chadda plays the lead in this short film alongside Rajkummar Rao and Ram Kapoor. Richa was seen sashaying the red carpet at the festival, in a red lehenga, golden choli and red embroidered duppata designed by the famous designer Manish Malhotra and accessorized it with heavy ethnic danglers.

During her visit, Richa Chadda was also seen to be bonding with the creator of the movie Guillermo who is responsible for putting together the film and has also previously directed films like 21 Gram, Babel and Rio, I Love You.