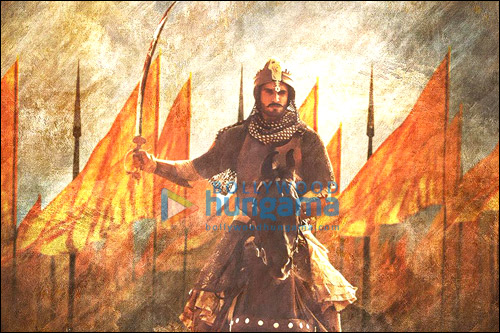 The elegance, glamour and the lavish lifestyle of the Maratha era will be brought back to life by Sanjay Leela Bhansali in his upcoming historic drama Bajirao Mastani. While they released a small teaser giving us a glimpse of all the prominent characters in the film few weeks back, here is a look of Ranveer Singh as the Peshwa. It was released by the makers to mark the occasion of Peshwa Bajirao's 315th birth anniversary.


Since the inception, Ranveer Singh has been preparing for the role and the actor has underwent many training sessions and look tests to get the nuances of the character right. From shaving his head bald to learning horse riding and sword fighting, Ranveer Singh has sweated it out to play Bajirao. Now, in the new look the actor is seen wearing a warrior suit as he rides the horse, carrying a sword with pride.