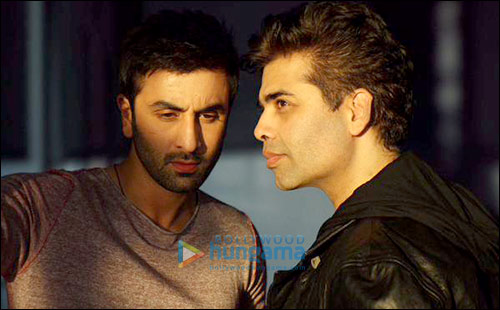 It's a well-known fact that the entire cast of Karan Johar's directorial Ae Dil Hai Mushkil is currently in London wrapping up a major schedule of the film. Recently, we also reported that Pakistani actor Imran Abbas Naqvi has joined the team in the city. And now, we got a glimpse of the shoot of the film on Karan Johar's Twitter handle.


Producer - filmmaker Karan Johar took to the micro blogging site to share a picture where Ranbir Kapoor is giving an intense expression for one of the sequences in the film, along with Karan Johar. Karan posted the image saying, "Night shooting!! Me posing while Ranbir being intense!!! #AeDilHaiMushkil".


Ae Dil Hai Mushkil stars Anushka Sharma and Aishwarya Rai Bachchan as the leading ladies and is produced under the banner Dharma Productions. While Anushka has already accompanied the rest of the crew to London, Aishwarya Rai will soon join them after wrapping up the promotions of her upcoming film Jazbaa.