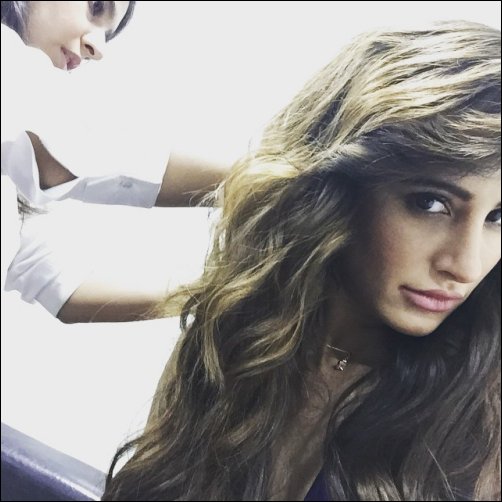 Sexy lady Nargis Fakhri has donned a rather glamorous avatar for her upcoming Hollywood debut Spy. However, this model turned actress will soon get ready for Bollywood ventures too. And now, she has added a new agenda on her to-do list - an image makeover!


Nargis Fakhri recently took to Instagram, to talk about the new hair style that she will be experimenting with. She shared the picture along with a caption saying, "Working Hard. Love this hair!"


On the Bollywood front, speculations are rife that Nargis, who was last seen in Main Tera Hero, is being considered for the role of one of the leading ladies in the upcoming sex comedy Great Grand Masti, the third installment of the Masti franchise starring Vivek Oberoi, Riteish Deshmukh and Aftab Shivdasani in lead roles. The film will be directed by Indra Kumar and produced by Balaji Motion Pictures along with Ashok Thakeria.

"It was a tricky task to figure out what her…