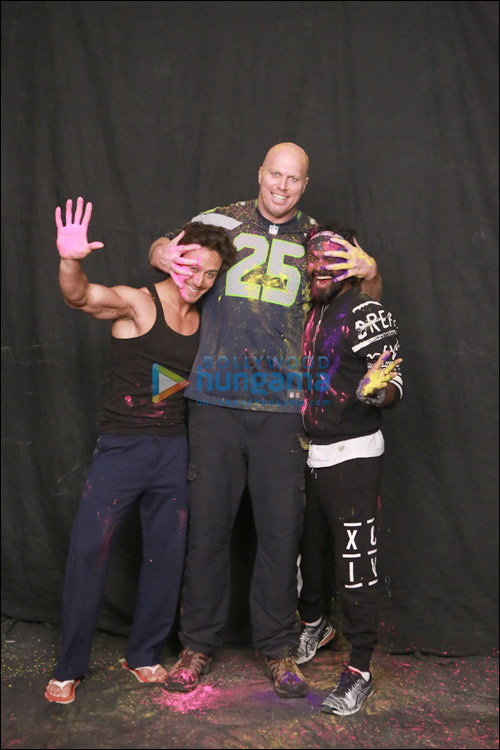 
The actor recently wrapped up his schedule and even stayed back a few days to celebrate Holi (festival of colours) on the sets of the film with the rest of the team. His first experience of Indian hospitality, has left a lasting impression on the star and as a warm gesture to thank the cast and the crew, Nathan surprised them with gifts before leaving.

Says a source, "The west has a very different way of working, which involves limited interactions with the cast and crew. Nathan was surprised to know how the cast and crew here, sit together before the shoot and even after pack up and literally are like family on the sets. He stayed back for a bit to celebrate Holi with the Flying Jatt team and gifted Tiger Shroff and Remo D'Souza some of their favorite fitness gadgets. He even gifted things to the rest of the cast and crew."


Directed by Remo D'Souza and produced by Balaji Motion Pictures, A Flying Jatt also stars Jacqueline Fernandez as the leading lady along with Shraddha Kapoor in a cameo. The film is slated to release on August 25.