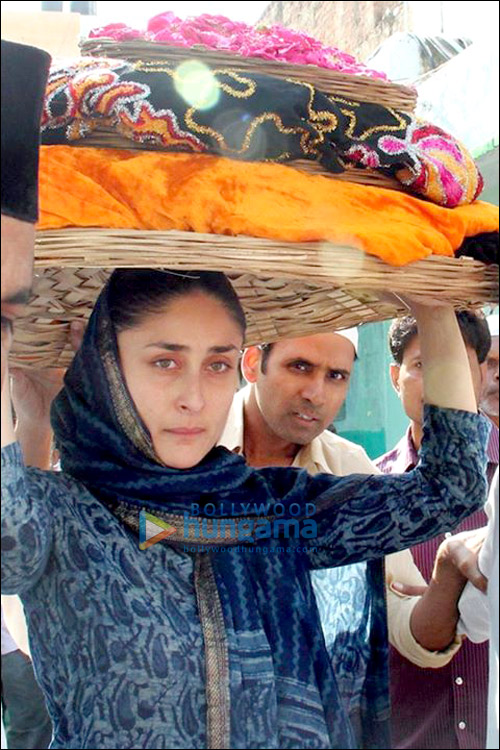 After the massive failure of Gori Tere Pyar Mein, Kareena Kapoor Khan finally enjoyed success at the box office with Singham Returns. The actress who was thrilled about her movie entering the 100 crore club recently decided to seek the blessings of the Almighty. Kareena was spotted visiting the Ajmer Dargah recently.


Apparently, when Kareena Kapoor Khan landed in Jaipur, she directly headed to the famous Dargah to seek the blessings of Khwaja Moinuddin Chisti. It is also being said that she spent about an hour praying at the divine shrine and even offered flowers to the Lord. However, since the actress has a massive fan following, we also heard that she was surrounded by a crowd which made her uncomfortable and she decided to make an exit soon. Moreover, the actress decided to visit the shrine alone since her husband Saif Ali Khan is busy wrapping up shoots of his upcoming films.


Of late, some of Kareena Kapoor Khan's films like Bombay Samurai and Shuddhi have faced crisis and the actress after backing out of these projects, decided to sign Kabir Khan's next with Salman Khan titled Bajrangi Bhaijaan which is slated to go on floors soon. The film is slated to release during Eid 2015.